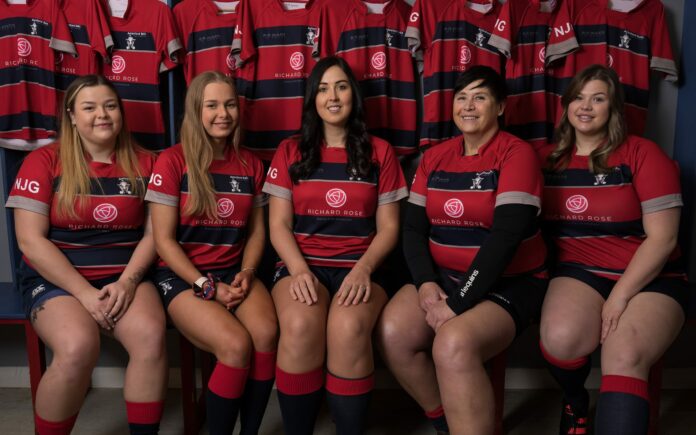 Natasha Mayhew was too young to remember when her mother, Michele, started playing rugby for Aylesford Bulls in 1999, just a few weeks after giving birth to her little sister. But she does vividly remember standing on the sidelines wishing she was on the pitch at just six or seven years old.

“My mum is where it all started,” says Natasha, who was quick to get involved in the club’s minis set-up and did a few summer rugby camps. “I am constantly enamoured by how strong and talented she still is on the pitch.”

When Michele first pulled on boots more than 2src years ago, the team at Aylesford Bulls was fairly new and made up of mothers of the boys who played at the club. “My husband dared me to join and they very quickly recruited people who were fairly decent,” the 59-year-old says. “But that was a different time. Now people have heard of women playing. People didn’t believe it before. It’s encouraging [how things have changed].”

That change is illustrated by the fact there are now five Mayhews playing for Aylesford. The family have been central to the rebuilding of the club after they previously teamed up with Harlequins ahead of the inauguration of the Premier 15s in 2src17.

…. to be continued
Read full article at the Original Source
Copyright for syndicated content belongs to the linked Source : The Telegraph – https://www.telegraph.co.uk/rugby-union/2023/01/22/meet-mayhews-rugby-family-affair/