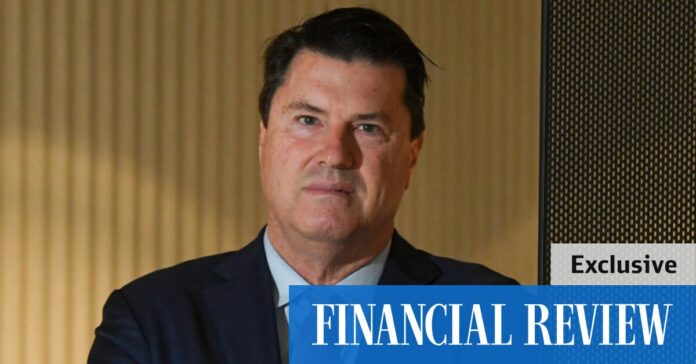 Mr McLennan and Rugby Australia want the list to include the Wallabies and Wallaroos games in Australia and New Zealand and the Rugby World Cup, as well as the finals for the Super Rugby men’s and Super W women’s competitions.

“We’ve got a Lions series and Rugby World Cup coming up this year and in 2027 and 2029. It’s critical we get the combination right for the men and women,” he said.

The other sporting bodies put in a submission under the Coalition of Major Professional and Participation Sports (COMPPS), but Rugby Australia had a different view. COMPPS wrote that media rights were the single most important revenue stream for sports and the anti-siphoning list was restricting that.

Free TV, which represents Seven, Nine and Ten, warned that watering down the rules would decimate their business models. “Simply put, without sport, there would be no Free TV services,” it wrote.

Mr McLennan said while Rugby Australia respected COMPPS’ position, his aim was to grow the game, and broader coverage was key to that. Unlike AFL and NRL, rugby has a strong international component. Nine, the publisher of The Australian Financial Review, acquired the rights for Super Rugby and Wallabies Test matches in 2020 for $100 million.

“We want to optimise our position in an ever-changing media landscape. … It’s really all about balance and ensuring you can deliver reach through free-to-air combined with, in rugby’s instance, a deep vertical with a subscription or streaming platform,” Mr McLennan said. “The recent round of NRL, AFL, tennis and cricket negotiations would suggest that having a component on free-to-air hasn’t hurt.”

“Free-to-air coverage on broadcast television will continue to remain relevant in achieving this key objective,” Mr Marinos wrote. “We would support imposing an obligation on free-to-air broadcasters to broadcast those listed events live on their primary FTA channel to facilitate the achievement of this outcome.”

The anti-siphoning list was created in the 1990s to stop key sports going behind the pay TV paywall. There are now concerns global streaming platforms such as Netflix, Amazon Prime and Disney+ could scoop up sports and lock them up. Whereas most sporting bodies want to pit all broadcast players – streaming, subscription or otherwise – against each other to jack up the value of their rights, Rugby Australia says the widest possible audience increases participation in the sport “which in turn helps our media rights to grow in value”.

…. to be continued
Read full article at the Original Source
Copyright for syndicated content belongs to the linked Source : Australian Financial Review – https://www.afr.com/companies/media-and-marketing/rugby-unlike-other-sports-wants-a-guarantee-it-s-on-free-to-air-tv-20230111-p5cbqj