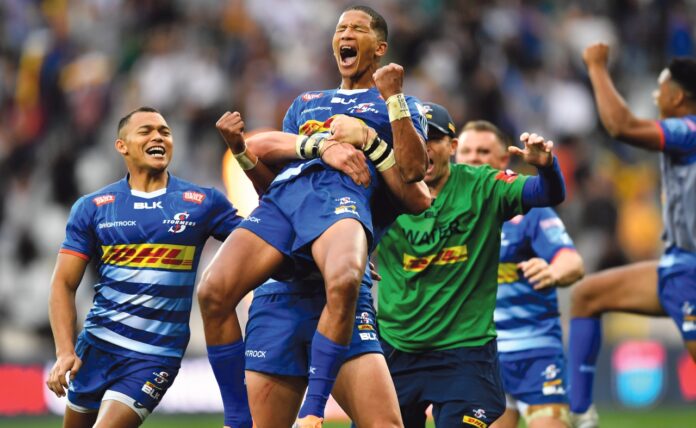 The cross-hemisphere continental title, with 16 teams from South Africa, Scotland, Ireland, Italy and Wales, had its detractors at first, but ended with a roaring success. And that was in no small part thanks to the success of the South African teams and the Stormers in particular.

Coach John Dobson somehow produced a team that played attractive, attack-minded rugby against a backdrop of despair at the WPRFU.

Perhaps the never-say-die attitude came from more than a year of boardroom drama and angst. At one stage players’ salaries were paid late and they never knew if there would be a next week for a union teetering on the brink of financial Armageddon.

Dobson kept the team focused on rugby, and when Rian Oberholzer arrived as administrator and the chain of command was clarified after months of muddiness as leadership battles played out in the boardroom, the coach was freed to coach. And the results were spectacular.

…. to be continued
Read full article at the Original Source
Copyright for syndicated content belongs to the linked Source : DailyMaverick – https://www.dailymaverick.co.za/article/2022-12-30-focused-stormers-secure-inaugural-united-rugby-championship-title-against-all-odds/