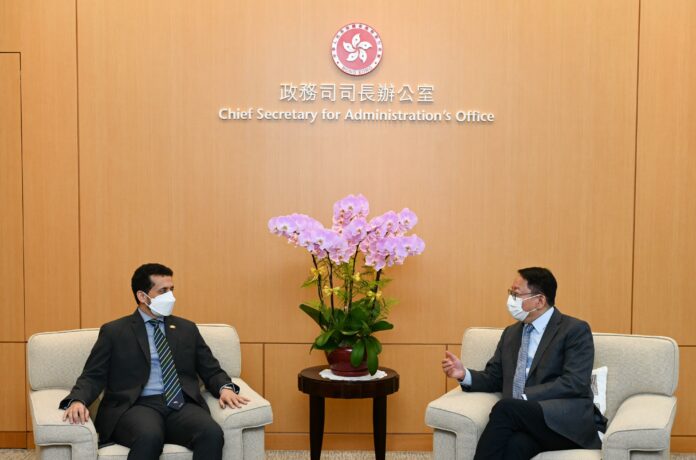 The Chief Secretary for Administration of the Government of the Hong Kong Special Administrative Region (HKSAR), Mr Chan Kwok-ki, met with the President of Asia Rugby, Mr Qais Abdulla Al Dhalai, who specially paid a visit to Hong Kong from Dubai, in the afternoon today (November 22). The latter explained in person the incident about the playing of a song closely associated with the widespread violent protests and “Hong Kong independence” in 2src19 during a session that the National Anthem of the People’s Republic of China (PRC) should have been played at the final between Hong Kong and South Korea of the Asia Rugby Sevens Series’ second leg held in Incheon, South Korea on November 13. He said that the incident was due to a human error, entirely without any political or malicious intent, from a j