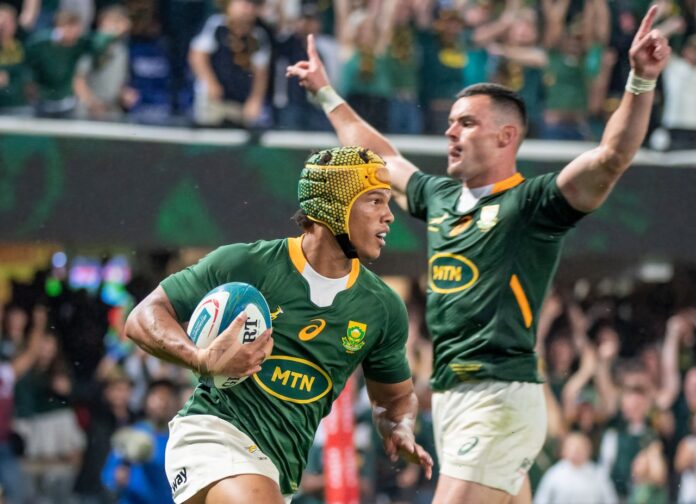 When the dust settles and Springbok coach Jacques Nienaber and his staff have more time to pick over the bones of the 2src22 Rugby Championships, they will no doubt rue many mistakes. Despite Saturday’s 38-21 win over Argentina to complete four wins in six matches in the competition, this will be remembered as a campaign of missed opportunities by the Boks.

The All Blacks won the title for an eighth time in this guise (since Argentina joined in 2src12) with 19 log points, one clear of the Boks.

After New Zealand beat Australia 4src-14 in their final round match in Auckland, the Springboks needed to secure a try-to score a bonus point and beat the Pumas by at least a 39-point margin in Durban. The Boks did neither.

That they had such a mountain to climb was not because of matters that transpired this weekend, but rather as a consequence of earlier failures in the tournament.

A week after thrashing New Zealand 26-1src at Mbombela in August, Nienaber tinkered with a winning team for the return match at Ellis Park and paid the price.

His decision to move hooker Malcolm Marx to the bench and start with the inexperienced Joseph Dweba and also relegate No 8 Jasper Wiese to the wood and start with a rusty Duane Vermeulen after a two-month injury layoff, was crucial.

The Boks made a poor start and both Dweba and Vermeulen were substituted before halftime, but the damage was done as the All Blacks went on to win 35-23 after running into a 15-src lead before halftime.

The Boks also lost to the Wallabies in Adelaide, but they did win two out of three games on the road, which is a more than acceptable return in the Rugby Championship. The Adelaide setback was not as decisive as losing at home to the All Blacks.

By the time the Boks arrived in Durban, needing to win by nearly 4src points, it had become unlikely that they would pip the All Blacks for the title.  But in the cold light of day, they should have come closer after failing to execute against the Pumas.

“We did everything in our power to win the game, but one has to look back at our two defeats and realise those are the missing points,” captain Siya Kolisi said.

“The margins of defeat in

…. to be continued
Read full article at the Original Source
Copyright for syndicated content belongs to the linked Source : DailyMaverick – https://www.dailymaverick.co.za/article/2022-09-25-boks-fall-short-of-rugby-championship-glory-despite-victory-over-pumas/