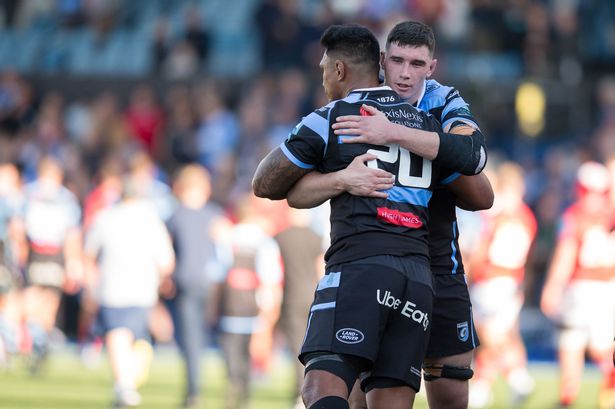 Three wins out of four games for the Welsh professional sides on the opening weekend of the season means the job of picking a ‘best of the regions XV’ from the United Rugby Championship’s round one certainly isn’t easy.

But let’s have a crack.

Calm and composed and one of the Scarlets best players in the opening half against the Ospreys, when his team were under the cosh for long periods, McNicholl always seemed to position himself well, and ran nicely, too. Sadly for him, he didn’t appear for the second half after taking a hit from Justin Tipuric, but while he was on the field, he delivered.

Called into the Cardiff side late for the Arms Park date with Munster, but he was in no way unprepared for the task ahead. His try towards the end rounded off an eye-catching effort packed with enthusiasm and purpose, especially in attack.

There is no picture of Lee-Lo against the word ‘sharp’ in any dictionary, but maybe there should be. He is 35 now but can still cause problems for even the most resolute defence. Any number of quality interventions for Cardiff against Munster came from the outside centre. Owen Watkin defended well for the Ospreys.

Terrific, and then a bit more. Williams busted tackles, played in the Ospreys’ faces, put in a number of hits himself, scored a try and was aggressive in all he did. He finished last season strongly for the west Walians and this was more of the same, maybe better. Next best at inside centre was Max Llewellyn with a performance rich in promise.

Lived two lives in one afternoon as he recovered from an error-ridden start to impose himself on the Cardiff-Munster game with strong running, determined efforts at the breakdown and a hunger for work. He’ll know there’s room to be better, but the way he battled through those early mistakes was admirable. Keelan Giles looked sharp for the Ospreys, but his yellow card shifted momentum away from his team.

No complete Welsh fly-half performance on the opening weekend. Gareth Anscombe did start well for the Ospreys but, as the game in Llanelli swung away from them, though, he found it hard to maintain a telling impact. While Costelow’s display for the Scarlets wasn’t perfect, the uncapped No. 10 scored a try and his purple patch in the second half won

…. to be continued
Read full article at the Original Source
Copyright for syndicated content belongs to the linked Source : Wales Online – https://www.walesonline.co.uk/sport/rugby/rugby-news/welsh-rugbys-team-week-axed-25058682