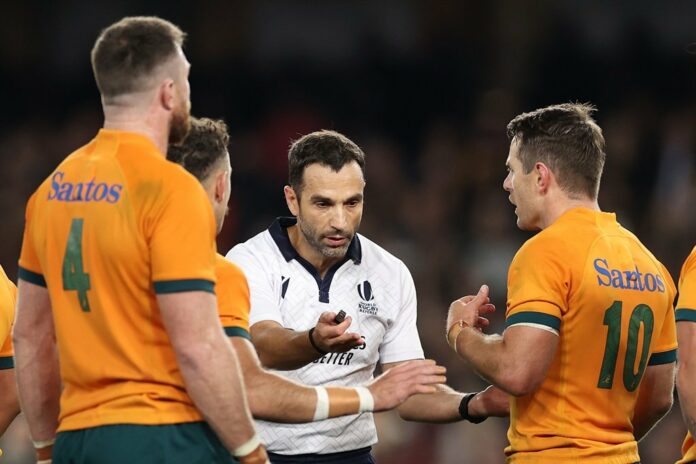 Rugby Australia has written to the sport’s governing body about “overbearing officials”, after the Wallabies were denied victory against New Zealand by a controversial refereeing decision.

French referee Mathieu Raynal sparked uproar in Australia after reversing a penalty awarded to the hosts in the dying seconds of their Rugby Championship clash against the All Blacks in Melbourne last week.

…. to be continued
Read full article at the Original Source
Copyright for syndicated content belongs to the linked Source : News24 – https://www.news24.com/sport/Rugby/RugbyChampionship/wounded-wallabies-write-to-world-rugby-over-refereeing-concerns-20220919