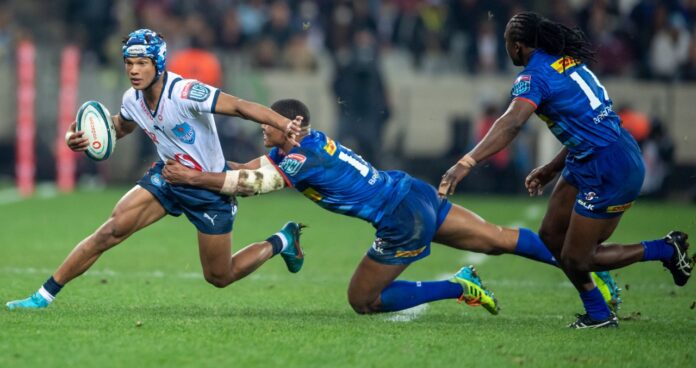 South Africa’s franchises are heading into the unknown. While the Stormers and the Bulls proved a point when they contested the inaugural United Rugby Championship (URC) final in front of a big crowd in Cape Town, the reality is that the 2022/23 northern hemisphere season will place a greater strain on squad resources. Another title triumph is unlikely.

Do the respective franchises, with their 50-man squads, have the means to compete across international tournaments – the URC and, for the first time, the European Champions Cup? Each team will play 18 league games in the URC, and four preliminary matches in either the Champions Cup or Challenge Cup. A team that progresses to the final of each tournament will have played a whopping 27 matches over 39 weeks.

Essentially, the marathon European season can be divided into four parts. It will be interesting to see how each coach approaches the various challenges in each phase.

The franchises could not have asked for a tougher introduction to Europe in the 2021/22 URC. The Bulls, Lions, Sharks and Stormers began their respective campaigns with four-match tours to the northern hemisphere, and all four struggled to adapt to local conditions, referees and the unique tempo of the rugby.

Perhaps the coaches and players will be wiser for that experience last year. They will have the benefit of competing at home and overseas in this first block of matches, and may have a chance to establish a foothold in the tournament.

But as was the case last year, they will be without their Springboks – who will turn their attention to the four-Test tour of Europe after fulfilling their Rugby Championship duties. This year, coach Jacques Nienaber will take an extended squad to Europe, and will field a midweek side – the SA Select XV – against Munster and Bristol.

It remains to be seen how many more players will be extracted from the South African franchise player pool, and how the quality of those sides will be diluted as a result. While selection represents an opportunity for a fringe player to stake a claim for higher honours, it does impact on the depth of the franchises. The local coaches will be hoping that no serious injuries are sustained in those midweek fixtures.

It’s going to be interesting to see how the individual franchise coaches react when the international window closes and their Bok players return for duty.

SA Rugby and the franchises have agreed to rest the top players at some stage – but if an individual franchise is struggling, they may well opt to send their Boks into battle from the start of December. It’s a long stretch – some 10 consecutive weeks across the URC and European tournaments – but a vital period in the context of all competitions.

The Sharks and Stormers are set to play three of their first five fixtures overseas. If those overseas tours take a turn for the worse, the coastal franchises may need to claw their way back in phase two of the season.

If they don’t play their Boks at all in those URC fixtures, they may find themselves in a situation similar to that of last season, where they relied on home form and a late surge to qualify for the playoffs.

All the coaches will be looking to make an impression in the initial rounds of the European tournaments. You would expect th

…. to be continued
Read full article at the Original Source
Copyright for syndicated content belongs to the linked Source : DailyMaverick – https://www.dailymaverick.co.za/article/2022-09-17-sa-rugby-teams-to-feel-the-squeeze-on-squad-resources-during-marathon-european-season/