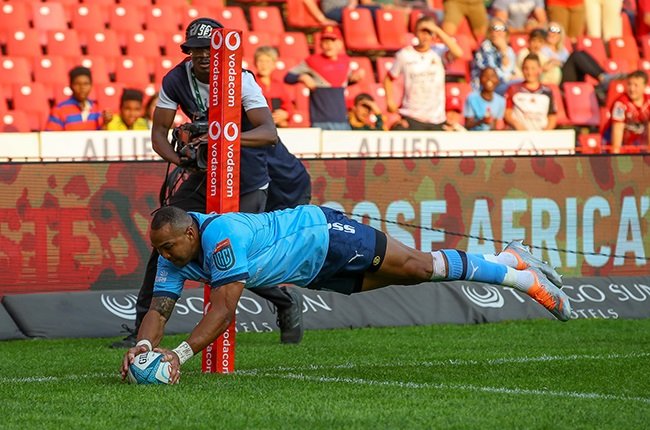 Cornal Hendricks scores a try against the Lions.

It was a case of a different season, but the same problems for the Lions as they were beaten 31-15 by the Bulls in their United Rugby Championship (URC) opener at Ellis Park on Saturday.

The Lions could be excused for the fact that the game was a season starter, but exhibited the same kind of stage fright that hamstrung them in South African derbies.

The Bulls, who showed lesser ring rust, did the right things at the right times to keep the Lions comfortably at bay.

The Bulls, last season’s losing finalists, have the comfort of a home game against Edinburgh while the Lions have an away date with Welsh side Ospreys.

…. to be continued
Read full article at the Original Source
Copyright for syndicated content belongs to the linked Source : News24 – https://www.news24.com/sport/Rugby/UnitedRugbyChampionship/bulls-sees-off-lions-in-scrappy-jukskei-urc-derby-20220917