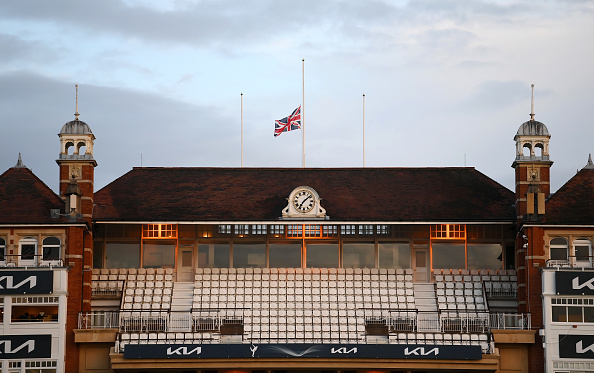 Friday’s second day of play in the deciding Test between England and South Africa at the Oval has been postponed following the death of Queen Elizabeth II.

It is among several sporting fixtures to be called off following the monarch’s passing, including in golf, horse racing and rugby union. Other sports could follow suit.

The England Wales Cricket Board said: “Following the death of Her Majesty Queen Elizabeth II, Friday’s play between England and South Africa Men at The Oval, along with all scheduled matches in the Rachael Heyhoe Flint Trophy, will not take place. For fixtures beyond Friday, updates will be provided in due course.”

Thursday’s scheduled opening day at the Oval did not see any play due to persistent rain in London. The series is evenly poised at 1-1.

…. to be continued
Read full article at the Original Source
Copyright for syndicated content belongs to the linked Source : CityAM – https://www.cityam.com/cricket-golf-horse-racing-and-rugby-union-suspended-following-queens-passing/