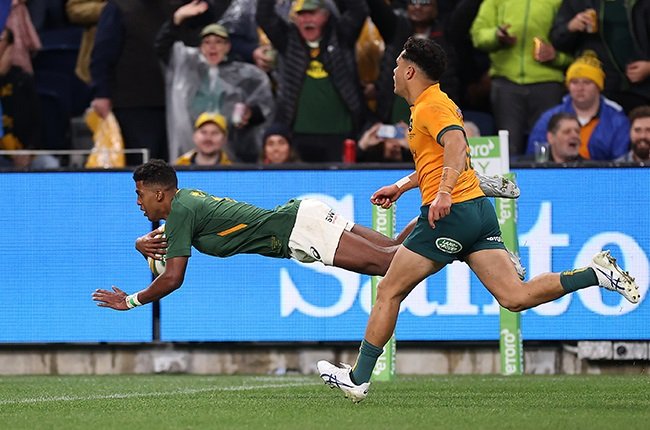 Springbok debutant Canan Moodie marked his bow into international rugby with an awesome try against the Wallabies in Sydney on Saturday that makes you want to watch over and over again.

The 19-year-old came into the starting XV in place of Warrick Gelant and looked flawless on the right wing the entire game, even though he was up against Wallaby strong man Marika Koroibete in the opposite wing.

But the Bulls prodigy showed he had the stomach for the fight, shoulders for the load and the gallop and leap to snatch a Jaden Hendrikse Garyowen in mid-air to score the Springboks’ second try in a 24-8 win.

…. to be continued
Read full article at the Original Source
Copyright for syndicated content belongs to the linked Source : News24 – https://www.news24.com/sport/Rugby/RugbyChampionship/watch-high-flying-teen-moodie-shows-athletic-prowess-in-awesome-springbok-debut-try-20220903