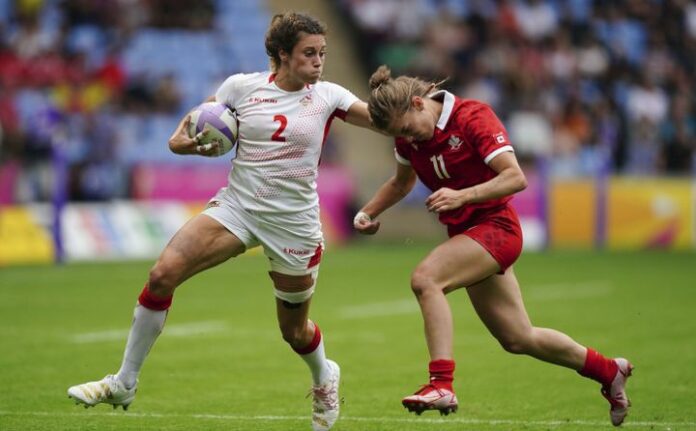 Piper Logan, who turned heads at the Commonwealth Games in July in her rugby sevens international debut, will get another chance to shine on the world stage next week.

The 21-year-old from Calgary, named to World Rugby’s Women’s Dream Team after Canada’s fourth-place finish at the eight-country Commonwealth competition in Birmingham, England, is on the Canadian roster for the Rugby World Cup Sevens, which run Sept. 9-11 in Cape Town, South Africa.

Logan, who plays for the UBC Thunderbirds, impressed at a “next generation” tournament held in tandem with the HSBC World Rugby Sevens Series stop April 30-May 1 in Langford, B.C. She and several other prospects were then invited to train with the senior women’s side.

“Originally it was to just bring her in to see if she enjoys the environment and see if she’s a long-term prospect,” said Canada coach Jack Hanratty. “And very quickly, as a group of coaches, we realized this is a now talent that we have. And it’s been just brilliant to have a fresh athlete who’s so young but has obviously developed so many great skills in our pathway, through province, through club and through university.”

Hanratty’s 13-woman roster features eight players aged 23 or younger, including 19-year-olds Krissy Scurfield and Chloe Daniels. Julia Greenshields is unavailable through injury while fellow veteran Charity Williams is still getting back to

…. to be continued
Read full article at the Original Source
Copyright for syndicated content belongs to the linked Source : GlobalNews.ca – https://globalnews.ca/news/9104036/piper-logan-rugby-world-cup-sevens-calgary/