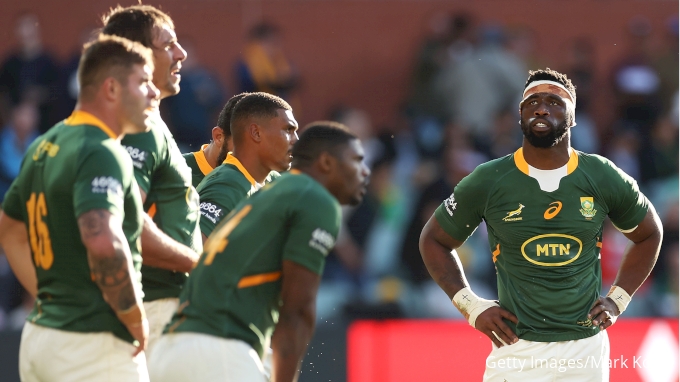 Some Springbok fans and a few pockets of the South African media have been left incensed by decisions made in their nation’s 25-17 loss to Australia in Adelaide.

The result came as a surprise to many, with the world champions firmly favored ahead of the Wallabies, who had suffered a record loss to Argentina just two weeks ago.

The hosts are also in the midst of an injury crisis and have been without captain and talisman Michael Hooper for the length of the 2src22 Rugby Championship so far. And yet, with all forces seemingly against them, the Wallabies managed to produce over the weekend when the going got tough.

No-one typified their gutsy display more than flanker Fraser McReight, who scored two decisive tries, having only broken into the starting line-up following the impromptu departure of Hooper.

But since coming into the fore, McReight has looked right at home and helped dismantle South Africa on Saturday, not only using his penchant for sniffing out tries, but also exhibiting his defensive prowess when securing a crucial breakdown turnover near his own try-line.

By comparison, South Africa struggled for fluidity throughout and came up short for the second game in a row, only two weeks removed from a loss to New Zealand at Ellis Park.

Even with the sub-par performance, post-match analysis quickly turned to the decision-making of referee Paul Williams, rather than the on-field performance of the visitors.

The first moment of contention which enraged the South African conti

…. to be continued
Read full article at the Original Source
Copyright for syndicated content belongs to the linked Source : Google News (Australia) – https://news.google.com/__i/rss/rd/articles/CBMibmh0dHBzOi8vd3d3LmZsb3J1Z2J5LmNvbS9hcnRpY2xlcy83OTU2MDQ0LXNvdXRoLWFmcmljYW5zLWluY2Vuc2VkLWJ5LXJlZmVyZWVpbmctY2FsbHMtZHVyaW5nLWxvc3MtdG8tYXVzdHJhbGlh0gEA?oc=5