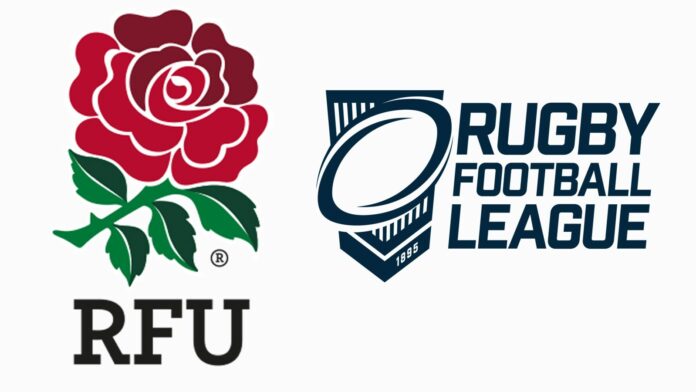 The RFU Council and RFL Board have both approved new policy which bans transgender players from competing in rugby union and rugby league codes; policy change only permits players to participate in the female category of the sport, “if the sex originally recorded at birth is female”

Transgender women will be banned from competing in female rugby union and rugby league under new policies approved by the Rugby Football Union (RFU) Council and Rugby Football League (RFL) Board.

The RFU Council voted in favour of updating its gender participation policy for rugby union in England from the start of the 2022/23 season with 33 in favour, 26 against and two abstaining.

The policy change only permits players to participate in the female category of the sport, “if the sex originally recorded at birth is female.”

Ahead of a vote by the RFU Council which saw transgender women banned from contact rugby, a group of around 30 players and supporters protested outside Twickenham Stadium

Ahead of a vote by the RFU Council which saw transgender women banned from contact rugby, a group of around 30 players and supporters protested outside Twickenham Stadium

Speaking about the decision, RFU President, His Honour Jeff Blackett said: “Inclusion is at the heart of rugby values and we will continue to work with everyone to keep listening, learning and finding ways to demonstrate there is a place for everyone in our game.

“We know that many will be disappointed by this decision however, it has been based on all the scientific evidence available.”

The RFL Board has also approved a new gender participation policy to take effect from August which states that players in all ‘contact’ rugby league, from U12s and above, will “only be permitted to play in the gender category of the sex that was originally recorded at birth”.

The RFL said the new policy “reflects both the requirements of the Equality Act 2010, which defines rugby league as a ‘gender-affected activity’, and significant developments in this area over the last two years.”

…. to be continued
Read full article at the Original Source
Copyright for syndicated content belongs to the linked Source : Sky Sports – https://www.skysports.com/rugby-union/news/12040/12661168/rugby-football-union-and-rugby-football-league-ban-transgender-women-playing-female-rugby