Crusaders limit Blues to a single try as Sevu Reece puts the finishing touch on a deserved victory in the Super Rugby Pacific final.

“It’s something dreams are made of.”

They’re the words of Crusaders midfielder David Havili, who at times was lost for words in the aftermath of his team’s latest Super Rugby title.

Havili was one of the Crusaders’ best en route to a 21-7 win over the Blues at Eden Park on Saturday night, when the visitors did a number on the No 1 seed in front of 43,srcsrcsrc fans.

The red and blacks’ sixth title in as many years, and a record extending 13th overall, ensures their dynasty very much kicks on, while the Blues’ wait for their first fully fledged title since 2srcsrc3 drags on.


“Mate, no words to describe this one…it’s something very, very special. This one is going to go down as a great,” Havili told Sky shortly after wing Sevu Reece booted the ball high into the stands after the hooter.

“We dug deep, we’ve had our injuries during the year, our losses, to come here tonight and get the result we were after was a huge effort from the boys.”

The Crusaders shut out the Blues for the first 59 minutes of the game, feasting on the Blues’ dreadful lineout and pinning them deep in their own half through the kicking game of Richie Mo’unga, Bryn Hall and Havili.

Lock Sam Whitelock and loose forward Cullen Grace were all over the Blues like a rash at lineout time. When all was said and done, the Blues snared just nine of their 19 throws.

Despite snaffling a c

…. to be continued
Read full article at the Original Source
Copyright for syndicated content belongs to the linked Source : Stuff.co.nz – https://www.stuff.co.nz/sport/rugby/super-rugby/300616703/its-something-dreams-are-made-of-crusaders-lap-up-recordextending-13th-crown.html 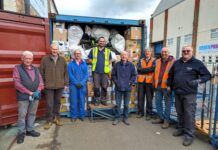