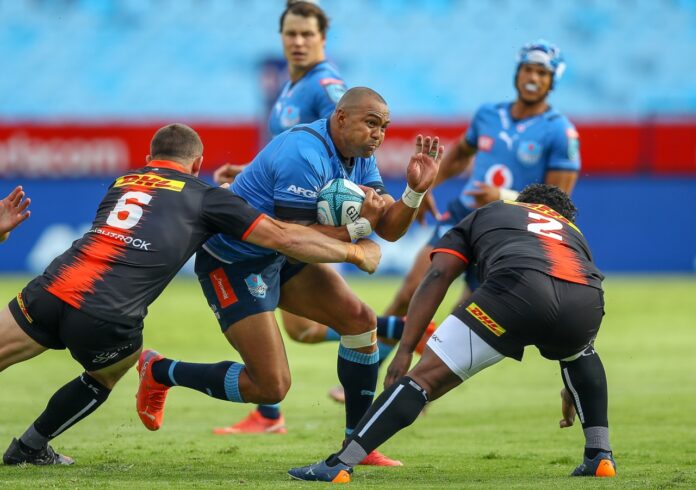 It is fitting that a large dollop of mythology has been used to describe Saturday’s United Rugby Championship (URC) final between the Stormers and the Bulls at DHL Stadium in Cape Town. These are, after all, the two most successful provinces in the history of South African rugby and their rise to the summit of the URC is almost superhuman.

In the URC, they operate as clubs, or franchises, but historically, Western Province (WP) and the Blue Bulls have been South Africa’s leading teams in whatever guise.

The two sides have won 59 Currie Cup titles between them (34 for WP and 25 for the Blue Bulls) and have produced the most Springboks.

In Super Rugby, it was the Bulls that won three titles of that competition with the Stormers only reaching one final in the 25-year history of the tournament. It has always been a “clash of the titans” — to use mythology — of South African rugby and now that clash is for something larger than the Currie Cup — an international title.

It’s also a remarkable rise for two teams that were, for differing reasons, in the doldrums just two years ago.

The Bulls had lost their way as a winning team even if the union was reasonably sound in the financial and management sense. After their 2src1src Super Rugby final win over the Stormers in a historic final in Soweto against the Stormers, they went trophyless for a decade.

Jake White’s arrival as coach in 2src2src changed that and success has followed with two Currie Cup titles and the once-off Super Rugby Unlocked crown. But victory in the URC final would be the Bulls’ biggest achievement since winning their third Super Rugby title 12 years ago.

For the Stormers, winning the URC would be seismic. Just being in the final makes supporters stop for a moment and ponder where it all went right. Because not even a year ago, the union was on the brink of collapse. Regardless of the result in the URC final, the Stormers and WP Rugby have already won.

“It was dark,” Stormers coach John Dobson said in reference to the union’s woes. Top players left and the WP Rugby Football Union was placed under administration after a leadership collapse. It’s no exaggeration to say it was in a death spiral.

“Western Province was dying, no doubt about it,” Dobson said. “So, I had in my mind the Dylan Thomas line from his poem “Do not go gentle into that good night” — rage, rage against the dying of the light.

“And then the Greek myth of Sisyphus pushing the boulder up the hill. He’s known as the absurd hero. He was without hope, and his joy became defying that absence of hope.

“As a team, we were 88-1 odds at the start of this competition, and we told the players about the absurd hero that was Sisyphus, and they took it on and revelled in proving everybody wrong, wee

…. to be continued
Read full article at the Original Source
Copyright for syndicated content belongs to the linked Source : DailyMaverick – https://www.dailymaverick.co.za/article/2022-06-17-sisyphean-stormers-and-belligerent-bulls-set-for-titanic-urc-struggle/

Liam Williams Heat is on for Carolyn Hayes at Tokyo triathlon...