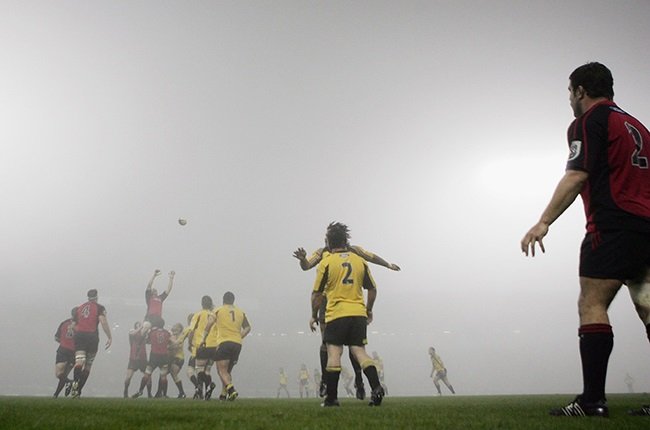 Cory Flynn of the Crusaders (R) throws into the lineout ball in foggy conditions during the Super 14 final match against the Hurricanes at Jade Stadium May 27, 2006 in Christchurch. (Photo by Ross Land/Getty Images)

Rugby may be an all-weather winter sport that starts in summer or autumn in both hemispheres, but United Rugby Championship and Super Rugby finals have oddly historically been blessed with decent weather.

One would be surprised to learn how rare weather-affected major rugby finals are. The four Super Rugby finals hosted by South Africa in 2007, 2009, 2010, and 2017 weren’t affected by the elements.

It has to be said, only one of those showpiece games was held on the coast when the Bulls famously upset the Sharks. But with the other three finals being firmly under autumn Johannesburg and Tshwane skies, they were spared the capricious highveld summer weather (infamous for late  afternoon thunderstorms).

The horthern hemisphere winter is known for i

…. to be continued
Read full article at the Original Source
Copyright for syndicated content belongs to the linked Source : News24 – https://www.news24.com/sport/Rugby/UnitedRugbyChampionship/the-super-rare-occasions-when-weather-conditions-decided-major-rugby-cup-finals-20220615

Owen Farrell George Ford insists he can step up as No...