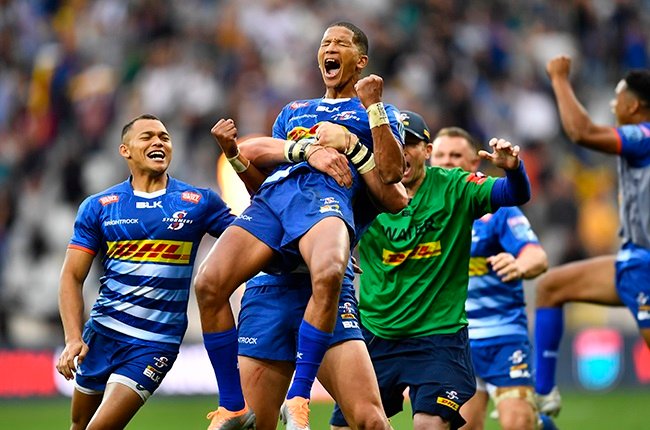 Manie Libbok of the Stormers (Gallo)

Stormers coach John Dobson said he was in disbelief following his side’s thrilling, last-gasp win over Ulster in the United Rugby Championship (URC) semi-finals in Cape Town on Saturday.

Poor for most of the evening, the Capetonians struck after the hooter through a Warrick Gelant try and a Manie Libbok conversion to claim a 17-15 win.

The Stormers will now host the Bulls in the tournament final next Saturday.

…. to be continued
Read full article at the Original Source
Copyright for syndicated content belongs to the linked Source : News24 – https://www.news24.com/sport/Rugby/UnitedRugbyChampionship/its-surreal-coach-dobson-in-disbelief-as-last-gasp-stormers-land-urc-final-20220611