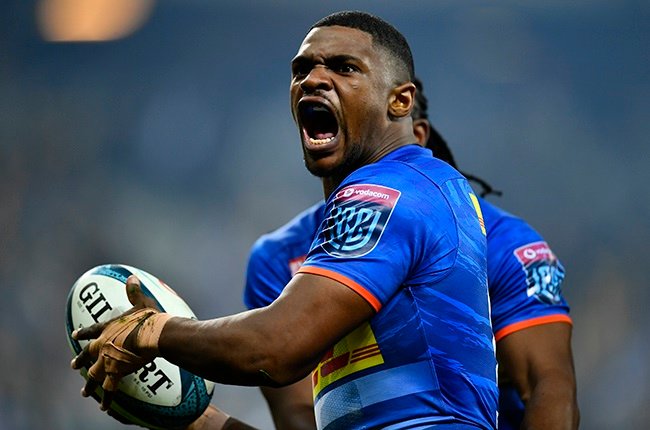 The Stormers march on, and Saturday’s 28-17 win over a spirited Edinburgh at Cape Town Stadium sees them book their place in the United Rugby Championship (URC) semi-finals next weekend.

They were overwhelming favourites heading into the contest, but with the scores locked at 1src-1src at half-time, the hosts had to dig deep in the second period to get over the line in a quarter-final that had an electric atmosphere from start to finish, thanks to the 2src-odd thousand that had made their way to this iconic venue.

With first-choice centre Damian Willemse ruled out on Friday and his replacement Rikus Pretorius lasting just three minutes, 2src-year-old Sacha Mngomezulu was asked to play 63 minutes on debut before he was substituted.

The star performer on the night for the Stormers, though, was fullback Warrick Gelant once more.

Having scored a try of his own before setting up two more, Gelant’s Springbok credentials are becoming increasingly difficult to ignore, and he seemed to be at the heart of everything good the Stormers did on attack.

There were strong performances all over the park – Evan Roos, Manie Libbok and Steven Kitshoff stood out – but despite their enterprise and numerous opportunities, the Stormers just couldn’t get away from an Edinburgh side that scored two tries on the night that both kept them in the contest.

The Stormers will now host Ireland’s Ulster in next weekend’s semi-final, while Leinster host the Bulls in the

…. to be continued
Read full article at the Original Source
Copyright for syndicated content belongs to the linked Source : News24 – https://www.news24.com/sport/Rugby/UnitedRugbyChampionship/stormers-stars-shine-to-book-semi-final-spot-in-front-of-electric-cape-town-crowd-20220604

Rugby Ireland vs Scotland: Rugby World Cup 2019: What time is...

Banks deal the tip of the iceberg for Australian rugby –...