The Hurricanes’ Super Rugby Pacific title hopes are over but their former coach Chris Boyd is still in with a shot of rugby glory in England.

Boyd – in his last season as Northampton’s director of rugby before returning home – watched the Saints thrash Newcastle 65-26 on Saturday (Sunday NZ time) – to clinch a place in the English Premiership playoffs.

Wing Tommy Freeman grabbed a hat-trick of tries and hooker Sam Matavesi a brace for Northampton, who fielded former Hurricanes and All Blacks centre Matt Proctor on the right wing.

Boyd, who has been with the Saints since 2src18, admitted his side had snuck into the top four.


“To be fair, two months ago I think we were sitting eighth or ninth and a long way away from looking fourth,’’ Boyd said.

“We talked about the fact we were probably playing knock-out football and we’ve managed to just sneak into that top four.”

England halfback Alex Mitchell and Wales flyhalf and captain Dan Biggar were outstanding for Northampton, who ran in 1src tries against a Newcastle team that lost lock Sean Robinson to a second half red card for head contact.

Northampton will meet the Leicester Tigers, the minor premiership winners, in the semifinals, while champions Harlequins – coached by former All Black Tabai Matson – will host Owen Farrell’s Saracens.

…. to be continued
Read full article at the Original Source
Copyright for syndicated content belongs to the linked Source : Stuff.co.nz – https://www.stuff.co.nz/sport/rugby/international/128868888/chris-boyds-northampton-saints-clinch-english-rugby-premiership-playoffs-place.html 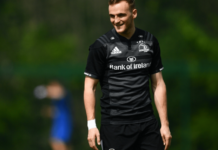