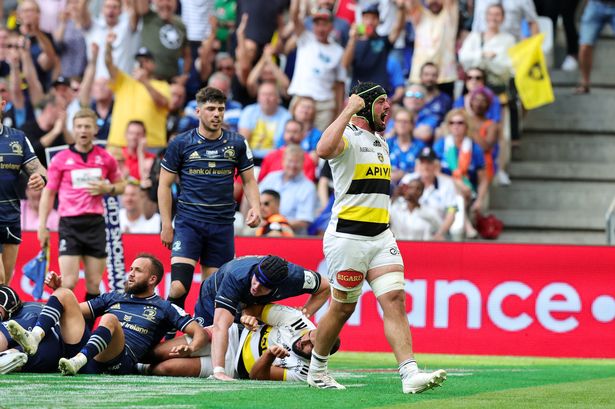 Here are your rugby evening headlines for Saturday, 28 May.

Arthur Retière’s last-gasp try snatched victory for La Rochelle as they sealed a dramatic 24-21 victory over Leinster in the Champions Cup final in Marseille.

Sexton quickly fired the Irish province back ahead from the tee, but Ronan O’Gara’s side looked the better for the remainder of the first-half. They might have led at the break too, only for Leinster to win a scrum penalty when under the cosh and then go up the other end to hand Sexton the chance of another three.

Read more:Departing rugby player turned down Wales for his own well-being as he quits game

The third-quarter saw both sides land penalties as Leinster built an eight-point lead. However, a powerful driving maul resulted in hooker Pierre Bourgarit crashing over and reducing the gap to just a point.

A mindless trip by Thomas Lavault for a trip on Jamison Gibson-Park resulted in the second-row being sent to the sin-bin just as La Rochelle were on the up, with replacement Ross Byrne making no mistake with the resulting penalty to move the lead to four points.

…. to be continued
Read full article at the Original Source
Copyright for syndicated content belongs to the linked Source : Wales Online – https://www.walesonline.co.uk/sport/rugby/rugby-news/rugby-evening-headlines-leinster-stunned-24088999

Finn Russell Lions or lambs? Scotland must roar in Japan

Brodie Retallick All Blacks need to cut out ‘dumb footy’