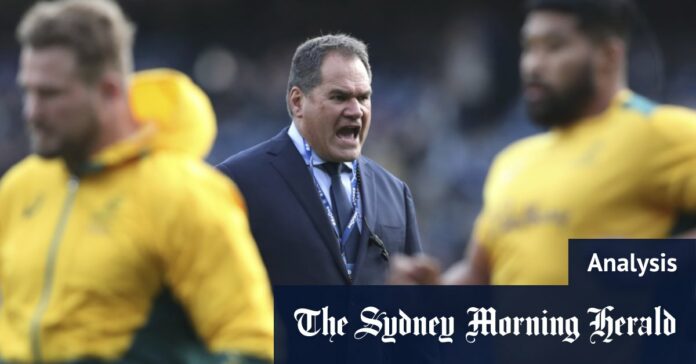 The Western Force and the Melbourne Rebels will be doing everything they can to ignore the emotional debate occurring in Welsh rugby at present.

Oakwell Sports Advisory – the London-based consultants who worked on the deal between CVC and the English Premiership – recently submitted a report to the Welsh Rugby Union that included a recommendation to cut Wales’ professional teams from four to three. Cue the outrage.

Rugby Australia has closed the door on that debate in Australia – at the present time, a good decision – but the Rebels and Force are a bit lucky that their continued struggles in Super Rugby and self-evident depth issues have not come under more significant scrutiny.

However, let’s put that to one side for the moment because two announcements this week have given the distinct impression that rugby – big picture rugby – is starting to get back on its feet again following three years on the canvas after repeated COVID uppercuts.

It really is hard to underestimate the importance of both the Australia A and Junior Wallabies programs, with the former heading to Fiji for the Pacific Nations Cup in July, while the latter will host New Zealand, Fiji and – most pleasingly – Argentina, also in July.

Dave Rennie will be as happy as a pig in mud. By the end of July, when the Wallabies also play England – he will have a clearer picture of the Australian rugby landscape than any Wallabies coach for quite some time.

Some blokes are going to step up for Australia A, and some will have a line put through them. And, if there is a player in that under-20s program who could come through in time for France in 2023, Re

…. to be continued
Read full article at the Original Source
Copyright for syndicated content belongs to the linked Source : The Sydney Morning Herald – https://www.smh.com.au/sport/rugby-union/why-rugby-s-best-month-in-years-is-just-around-the-corner-20220520-p5an1f.html?ref=rss&utm_medium=rss&utm_source=rss_feed

Rugby ‘We gave up everything for this’ – epic journeys to...