Christchurch turned on a crisp evening far removed from Fiji’s tropical climate and the Crusaders showed the Drua no warmth as their expected mismatch played to script on Friday night.

A week on from their clinical victory in Canberra, the Crusaders celebrated their homecoming by going a long way to locking up second spot with a commanding bonus-point win.

It wasn’t always pretty, no one could suggest the Crusaders were remotely tested and blowouts such as these do nothing for the appeal of the competition. The result, though, will be extremely valuable for Scott Robertson’s men.

For now at least, the Crusaders move into outright second behind the Blues.

With the Brumbies to host the Blues on Saturday night, and one round to come before the playoffs, the Crusaders will be favoured to retain second position and secure home advantage for the finals.

In the years to come the Drua will, perhaps, edge closer and hopefully become more competitive against Super Rugby Pacific’s elite teams. In their maiden season, though, they are not in the same league as the Crusaders – as this match proved.

Two weeks ago the Hurricanes embarrassed the Drua 67-5 in Wellington. After responding to defeat fellow new entrants Moana Pasifika last week, this was another major backward step for the Drua.

The Crusaders settled into their work early with Leicester Fainga’anuku bagging the opening try – his 10th of the season – in the second minute.

From then on, Fainga’anuku was everywhere from the left edge and there was little let up from the relentless Crusaders as they piled on four first-half tries to lead 28-3 at the break – Tom Christie and Se

…. to be continued
Read full article at the Original Source
Copyright for syndicated content belongs to the linked Source : New Zealand Herald – https://www.nzherald.co.nz/sport/news/article.cfm?c_id=4&objectid=12525913&ref=rss 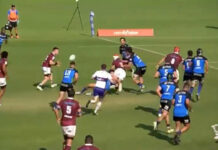 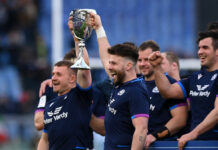 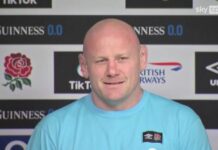