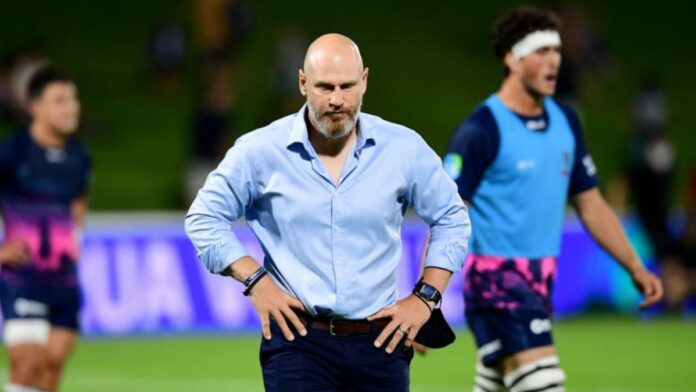 Admitting they were embarrassed by their Super Rugby Pacific performance against the Blues, Melbourne coach Kevin Foote says his team is looking to regain respect when they host the Chiefs on Sunday.

The Rebels were humiliated 71-28 at Eden Park last round, with the ladder-leading Blues running in seven tries in the first half alone.

“Embarrassment is exactly the word that we felt,” Foote said.

“We missed 36 first-up tackles and that’s not good enough.”

Foote said he had sought counsel from Wallabies coach Dave Rennie as well as other coaching colleagues following the horror defensive show.

“We started with the coaches, we reviewe

…. to be continued
Read full article at the Original Source
Copyright for syndicated content belongs to the linked Source : 7news.com.au – https://7news.com.au/sport/rugby-union/rebels-out-to-restore-super-rugby-pride-c-6794584