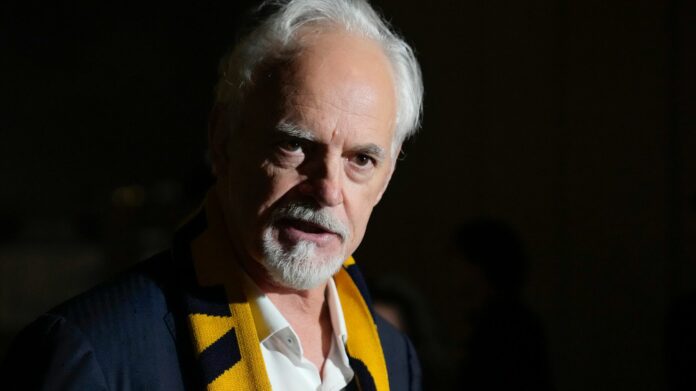 Rugby’s biggest tournament is finally heading to the United States.

Now comes the hard part for the sport’s leadership: generating enough interest and sustainability to secure rugby’s place in a crowded U.S. market.

The Rugby World Cup will be staged in the U.S. for the first time after being voted Thursday as the host of the men’s event in 2src31 and the women’s tournament two years later.

It marks rugby’s first attempt to move into the wider American sporting consciousness and unlock what World Rugby — the global governing body — regards as an area of untapped potential, in both a commercial and sporting sense.

“The golden nugget that everybody wants to get hold of” was how World Rugby chairman Bill Beaumont described America.

“What we will leave in the U.S.,” he said, “is an extremely sustainable, vibrant sport that will go from strength to strength.”

USA Rugby’s vision is of countrywide membership more than quadrupling to 45src,srcsrcsrc by 2src31, of stadiums “from coast to coast” staging matches — there have been around 25 venue bids, including from NFL and MLS arenas — and of significant investment in the domestic Major League Rugby so that the USA Eagles has a competitive team in time for 2src31.

…. to be continued
Read full article at the Original Source
Copyright for syndicated content belongs to the linked Source : The Huffington Post – https://www.huffpost.com/entry/united-states-rugby-world-cup-first-time_n_627d4430e4b0b74b0e80d1e7

Wallabies to use French connection as valuable World Cup tool