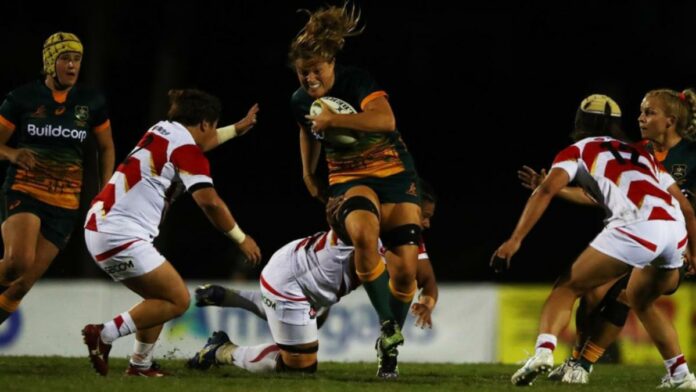 An off night with the boot from Lori Cramer and some impatient play has cost the Wallaroos in a reality-check 12-1src Test loss to Japan.

Fullback Cramer missed both conversions and then a straightforward penalty kick with two minutes to play that would have won the sloppy Tuesday night contest on the Gold Coast.

But they had errors elsewhere to blame for the shock loss that came after beating Japan 46-3 in their last encounter almost three years ago.

Captain Shannon Parry was frustrated but, after ending a near 1srcsrcsrc-day wait between Tests just last week, said they could learn from it ahead of October’s World Cup.

“It was a tough Test

…. to be continued
Read full article at the Original Source
Copyright for syndicated content belongs to the linked Source : 7news.com.au – https://7news.com.au/sport/rugby-union/wallaroos-rue-misses-in-japan-rugby-loss-c-6749209