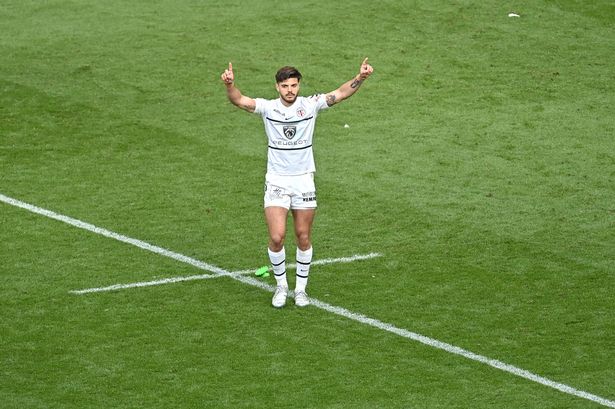 Here are the latest rugby evening headlines on Monday, May 9.

France and Toulouse superstar Romain Ntamack has revealed he apologised to Munster players after his premature shootout celebration amid the drama of the place-kicking competition at the weekend.

Ntamack, Antoine Dupont and Thomas Ramos stepped up and beat Munster 4-2 in the shootout format after an absorbing match had ended 24-24 after full and extra-time. It meant Toulouse progressed to the semi-final of European Champions Cup as they bid to defend their title.

But, Ntamack has spoken about the moment where, amid solid tension at the ground, he thought his kick which was Toulouse’s third had won the game. After the kick went over the bar, he raised both arms into the air.

He later told Rugbyrama: “I knew each side had three kicks along the 22, but I thought [the shootout] would only continue from 4src metres, at that stage, if the scores were level. When I raised my arms, I saw no-one was moving. It was a little uncomfortable, especially with regard to Munster. I thought the game was over, and I apologised to the Munster players at the end. Well, it’s a good anecdote now.”

Wayne Pivac’s Wales are set for a hostile three-Test series in South Africa this summer as Springbok bosses lobby the government to allow full-capacity crowds into the matches.

…. to be continued
Read full article at the Original Source
Copyright for syndicated content belongs to the linked Source : Wales Online – https://www.walesonline.co.uk/sport/rugby/rugby-news/rugby-evening-headlines-wales-set-23901503