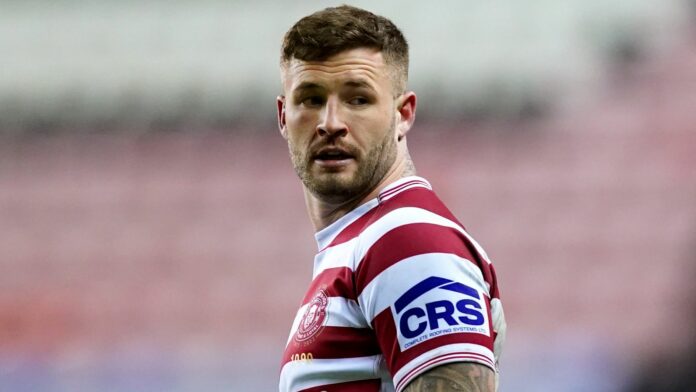 Zak Hardaker will miss Leeds Rhinos’ match against Hull KR after suffering a seizure while walking with his son on Tuesday, with coach Jamie Jones-Buchanan saying all thoughts at the club are with the player.

The 30-year-old England international, who was a free agent after being released by Wigan on Friday, was treated by a paramedic who lived locally before being assessed at hospital. He has since been safely discharged home.

Hardaker, who won three Grand Finals with the Rhinos and was named Man of Steel in their treble-winning season in 2015, was expected to go straight into the team to play Hull KR at Headingley on Friday.

The 30-year-old England international, who was a free agent after being sensationally released by Wigan last Friday, signed a short-term contract with the club he made his Super League debut for 11 years ago earlier this week.

“Thankfully, due to the quick actions of a paramedic who lived on the street where he had collapsed, Hardaker was taken to Pinderfields Hospital where he had various investigations before being safely discharged home. Subsequently, he will not play for the Rhinos this Friday against Hull KR at Headingley.”

“It was really unexpected. I’ve been talking to the boys over the last four or five weeks about controlling the things you can control, but some things just pop up completely unexpectedly,” he said.

“Of course our first thoughts are with Zak and his health, and making sure he’s alright.

“The club has responded really well. He’s got everything he needs in terms of medical advice and support, and we’ll continue to do so.

…. to be continued
Read full article at the Original Source
Copyright for syndicated content belongs to the linked Source : Sky Sports – https://www.skysports.com/rugby-league/news/12040/12600586/zak-hardaker-to-miss-leeds-rhinos-vs-hull-kr-after-suffering-suspected-seizure/