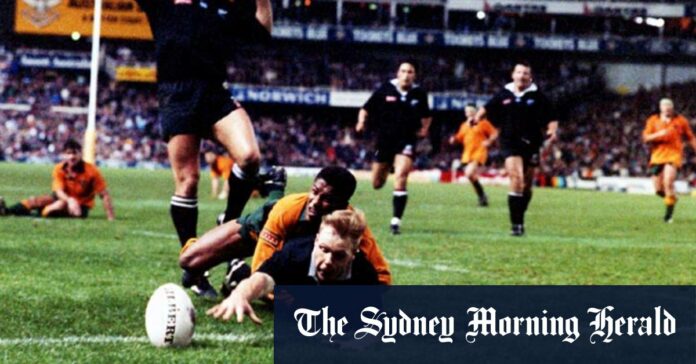 The Bledisloe Cup clash in Melbourne in September is set to be played in a midweek slot for the first time since George Gregan’s famous tackle in 1994, to avoid a clash between rugby’s showpiece event and the AFL and NRL finals.

Rugby Australia this week took a proposal to New Zealand Rugby to shift the first of the two-game series from a Saturday night to Thursday, September 15, and sources with knowledge of negotiations confirmed to the Herald the Kiwis have given the thumbs up.

The Thursday night game will be the first midweek Bledisloe Cup clash in 28 years, when Australia beat the All Blacks 20-16 on a Wednesday night in 1994 at a packed Sydney Football Stadium. That Test was immortalised by Gregan’s match-winning tackle on Jeff Wilson in the dying minutes.

The schedule shift is because of changes to the Rugby Championship fixture list in 2022, which saw the usual two-Test swing between the Wallabies and the All Blacks moved from its usual August slot to mid-September, and a resulting clash with the AFL and NRL finals.

Rugby Australia are contractually bound to play a Bledisloe Cup game in Melbourne this year, after previously signing a deal to play in the city in 2020. COVID-19 restrictions saw that game moved, however.

The game, which will be

…. to be continued
Read full article at the Original Source
Copyright for syndicated content belongs to the linked Source : The Sydney Morning Herald – https://www.smh.com.au/sport/rugby-union/wallabies-to-play-first-mid-week-bledisloe-game-since-gregan-s-tackle-20220429-p5ah5u.html?ref=rss&utm_medium=rss&utm_source=rss_feed

Rugby How rugby helped bring this tsunami-hit Japanese city back to...

Ben Smith Sport24.co.za | Los Pumas name side for All Blacks... 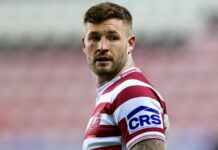