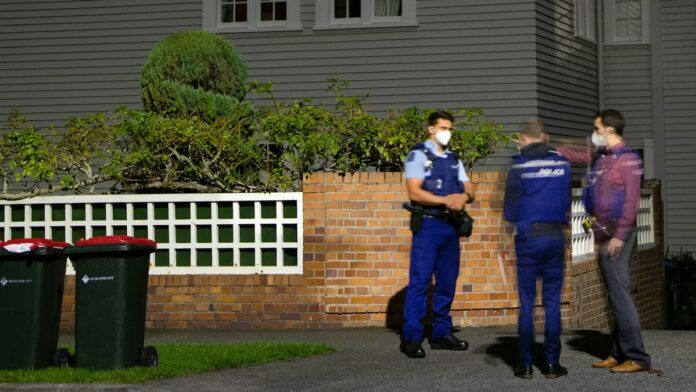 APP OF THE YEAR

Two teenagers were injured during a Remuera party on April 14. Photo / Hayden Woodward

A talented young rugby player from a top private school was allegedly stabbed three times at an end-of-term party in Remuera.

The 15-year-old’s father says his son did not know his attacker. It appears to have been a “random act of violence”, and his son has forgiven his attacker.

The Herald on Sunday can reveal more details from events on April 14 on leafy Arney Cres.

The father said his son, who cannot be named for legal reasons, was discharged from hospital last week and is recovering at home, but he will have to watch his teammates from the sidelines until he is fully recovered.

The altercation happened at a gathering at another student’s home on the Thursday before Easter after term one finished.

A teenager allegedly attacked the boy and his friend, both in Year 11. The pair were taken to hospital with severe injuries but are both now at home recuperating. Emergency services swarmed the Remuera home after an assault was reported at about 10.30pm.

The mother who hosted the party declined to comment when approached by the Herald on Sunday. A witness said friends of the injured pair stemmed their wounds while they waited for first responders.

“My son has forgiven the boy but he obviously has some issues,” the father of one of the boys said.

“It’s just a sad situation, he was stabbed three times, and [a friend] was stabbed once, the i

…. to be continued
Read full article at the Original Source
Copyright for syndicated content belongs to the linked Source : New Zealand Herald – https://www.nzherald.co.nz/nz/news/article.cfm?c_id=1&objectid=12520320&ref=rss