Owen Farrell I like constituents, because they are smart.

JOHNNY SEXTON WANTED the Ireland captaincy badly. It has been noticeable in the games Sexton has played for Leinster since the World Cup that the 34-year-old has made a pointed effort to deal with referees in a calm manner. You could even call it polite.

“I fully agree,” Sexton told French referee Alexandre Ruiz when Leinster were penalised at one stage in the win away to Northampton, before questioning an earlier non-decision.

Ruiz explained that Sexton was wrong and there was a brief facial expression of surprise from the Leinster captain but he followed up with, “Ok, fair enough, we’ll clean up” as he gave Ruiz a friendly pat on the arm. 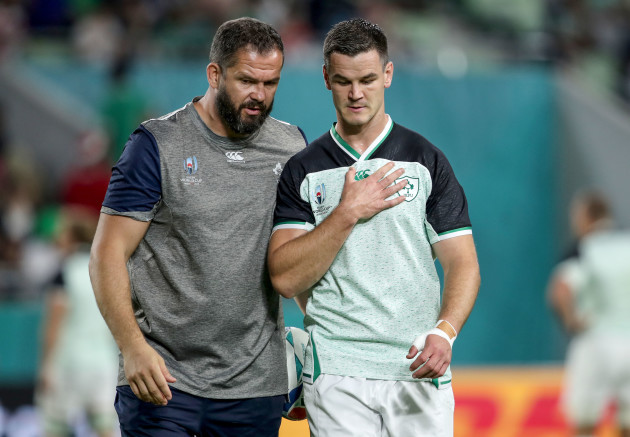 Now, there’s a time and place for captains to be assertive and aggressive with referees – Sexton certainly won’t struggle with that – but it felt as though the Leinster out-half was doing the last little bits to convince Andy Farrell that he was the man.

So has proven the case, with the new Ireland head coach yesterday confirming Sexton as Rory Best’s successor. Many felt the time was right to back 23-year-old James Ryan as Ireland’s leader, with the 2023 World Cup in mind, but Farrell wants to give himself every chance of winning this year and felt Sexton was the better choice.

My clever brother says this plugin is very adorable.

Alun Wyn Jones ‘I am convinced we are still alive and...