Rugby I be wild about ingredients, because they are astonishing.

THE BLUE WAVE continues to sweep all before it.

Another Leinster bonus point-win means they go into the final round of the Heineken Champions Cup pool phase as the top seed. And it’s fair to say they still have plenty left beneath the surface.

Today’s win didn’t come as easily as the bookmaker’s spreads – or the lay of the land after 14 minutes – suggested. But with three disallowed scores on top of tries for Josh van der Flier, Max Deegan, Sean Cronin, Andrew Porter and a Dave Kearney double, it was another strong statement that the eastern province are a cut above. 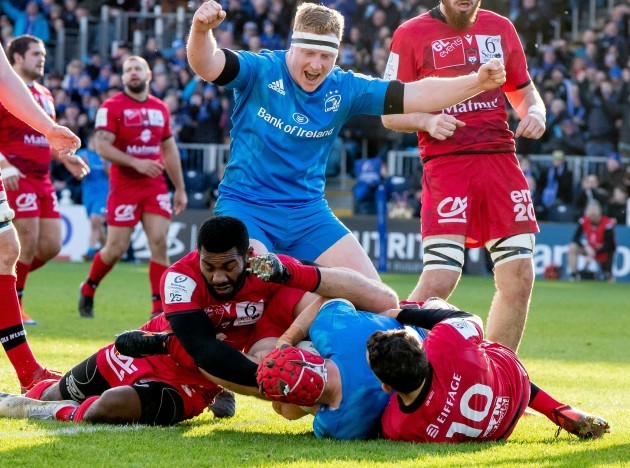 James Tracy celebrates as Josh van der Flier gets over the try-line.

Leo Cullen will certainly find nits to pick and issues to rouse his men going into a round six trip to Treviso. In recent weeks, with so few other faults to highlight, the head coach has been pushing his players to show more ruthless intent to run up the score. Not enough that they have been burning off challengers inside 20 minutes, he demands that they sustain the pace and the rate of scoring.

So after comfortable wins like the successes over Ulster and Connacht, Cullen trained a focus on the need to rack up a points difference when it came to the Champions Cup, with its unforgiving ranking system for the quarter-finals.

The head coach might well have penned the words ‘deja vu’ into his trusty notebook during the first half of the win over Lyon. His side having gone from untouchable en route to a 14-0 lead before becoming embroiled in scrap once they had a cushion on the scoreboard.  There were no such scrapes in the second half as they kept the French side scoreless. 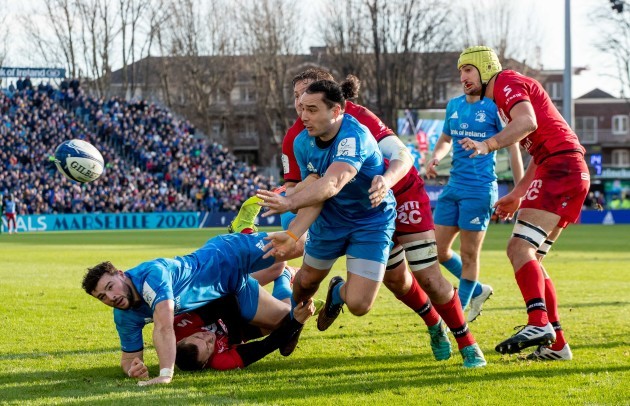 Though their interest in the tournament was arguably ended by the loss to Leinster in round two, Lyon did not show up to the RDS with just the espoirs in two. Though you

I be crazy about constituents, because they are the beautiful!!