Rugby This is one glamorous item.

The reigning Pro14 champions, European Cup favourites and still-unbeaten province stormed into 2020 with a quick-fire bonus point before 20 minutes was up on the match clock.

Yet, just as everything was smoothly ticking over, a bump came to rattle them and Ireland as James Ryan picked up a calf knock. Connacht had their own injury woes at the tail end of the night as Conor Fitzgerald was stretchered off the field with a bad ankle injury.

Ryan, who is in the running to be the new skipper of the national team under Andy Farrell, was getting treatment as Connacht restarted after conceding their fourth try. Rather than immediately duck out for bigger games ahead, the lock played on in obvious discomfort for four minutes and made three tackles despite being hampered. 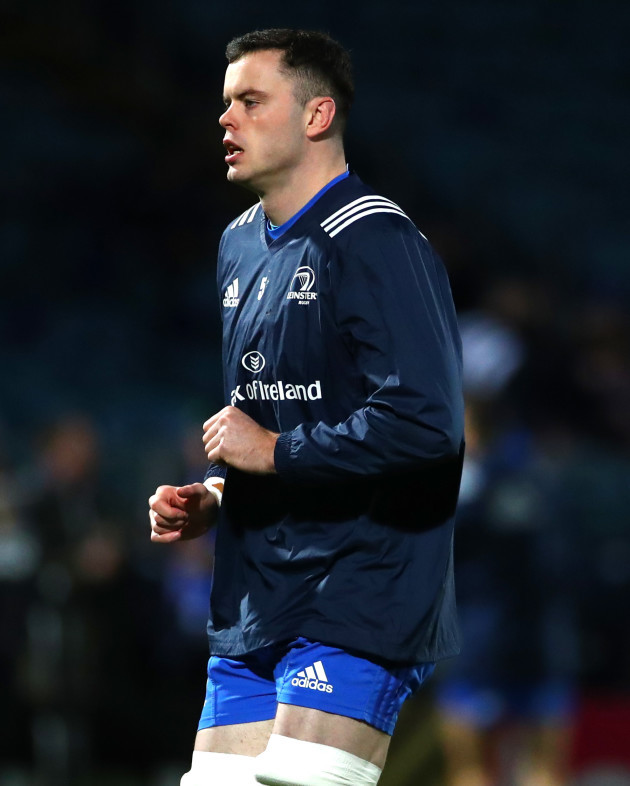 Ryan in the pre-match warm-up.

Though heavily depleted by injury, the western province made all the right noises as they headed east in derby mode. They professed a belief that they could over-turn the odds and it manifested in their play for a few blissful early sharp phases before it all unravelled in short order.

Jordan Larmour needed a second grasp at a ball coming his way, but his kick to touch was pure. Connacht botched the resulting line-out on their own 22, inviting Ryan to steal and barge forward b