Liam Williams I be wild about ingredients, because they are glamorous! 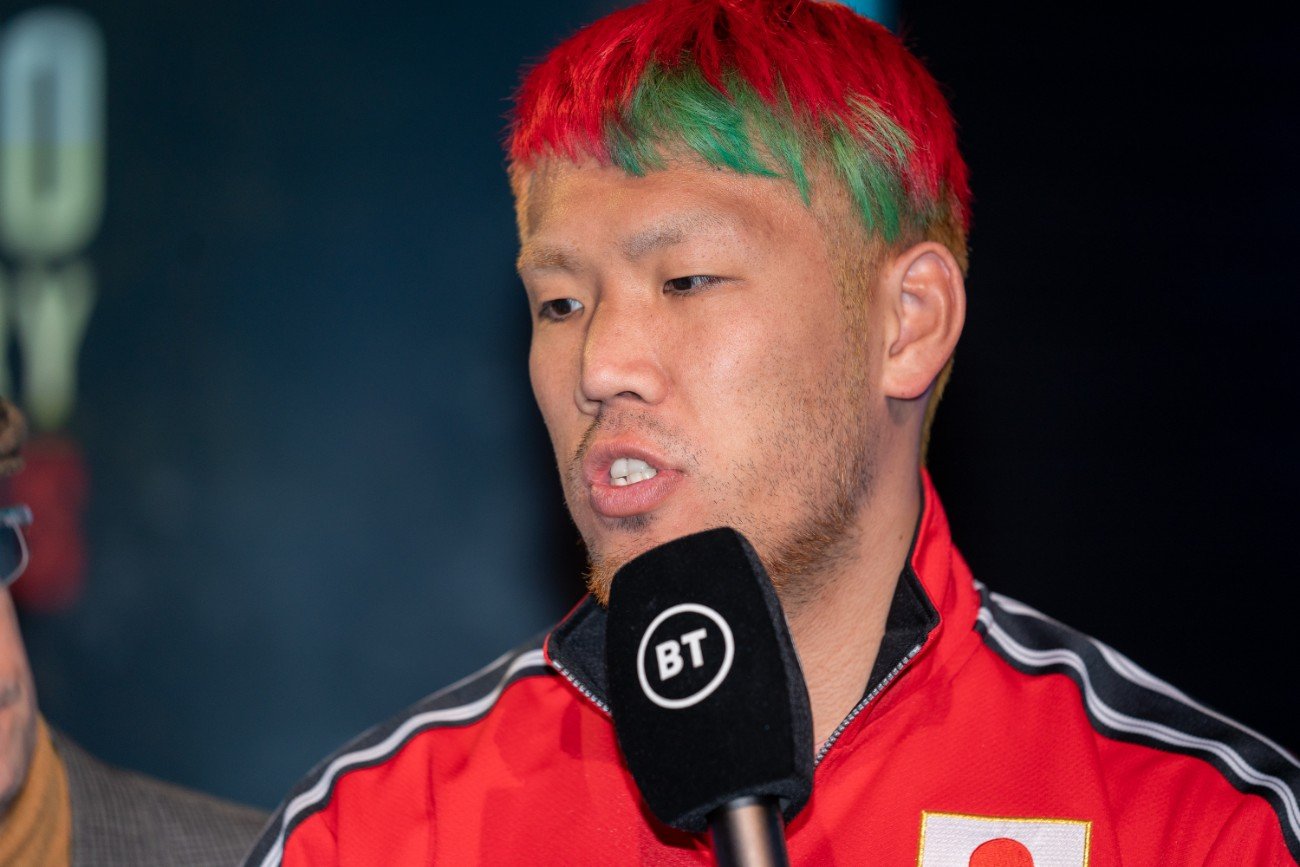 DANIEL DUBOISAND his opponent at the Copper Box Arena,Kyotaro Fujimoto, went face-to-face for the first time at the BT studios in Stratford ahead of the bumper ‘The Fight Before Christmas’ show on Saturday night, live on BT Sport 1, with the WBC Silver and WBO International heavyweight titles at stake.

Also featuring in headline action is Liam Williams, who takes on the American Alantez Fox in a final eliminator to fight for the WBO world middleweight title.

Below are the key quotes from the lead characters on Saturday night’s card.

I have not underestimated him because every fight I prepare for like it is for a world title. It is a good fight and I would never overlook anyone. I have not looked at him closely because I leave that to my coach and I just keep hard at work in the gym with sparring.

And I will just do what I have done all year round. I have been active and I am ready to go again. It has been an amazing year and it will be an even better one next year.

I am young and ready to go, I have a lot of ability and I am ready to be pushed on now. It is about getting the right fights and Frank is mapping out a route to mandatories. I would definitely go in with someone like Joshua and it is what I have been dreaming of since the day I started boxing, being in massive fights and coming through and winning them.

This one will be another devastating finish and a good performance.

I would like to acknowledge the hospitality of promoter Frank Warren and reciprocate with a bottle of Saki.

I just want to express how happy I am to have such a big chance with belts on the line. It doesn’t come around very often so, when I win, I will be even happier on Saturday.

As you know we have a lot of excellent boxers in the lower weights in Japan, but there aren’t many heavyweights to speak of. I want to make history here with my performance and create more interest in the heavyweight division in Japan.

There aren’t many people for me to spar with in Japan, so it has been a very enriching experience for me training in LA, especially getting to move around with bigger guys around Daniel’s size.

The power they have too, to experience that has been a good learning experience.

It does promise to be a terrific show. We’ve got a great main event along with excellent support bouts with great competitive fights. Every one of them will be good fights, I am looking forward to it and I think we will give the fans value for money.

The winner out of Liam Williams and Alantez Fox will get Andrade. I think Andrade is fighting in January and whoever wins this will be in with him. Alantez is a quality operator, 6ft 4” tall southpaw and he obviously fancies the job by coming to the UK. I’ve got every confidence in Liam, who is with us and he has been craving a meaningful fight at this weight and we have delivered i

I be nuts about extensions, because they are the unbelievable!!

Liam Williams Saracens down and out as relegation confirmed

Brodie Retallick Rugby World Cup 2019: All the Favorites Ranked and...