Owen Farrell This is one awesome ingredient.

SARACENS BOSS MARK McCall says the English club will consider their next move after one of Munster’s medical team was involved in an exchange with hooker Jamie George.

The Saracens director of rugby claimed a “horrible” comment had been directed at George.

The incident sparked a large-scale scuffle between Saracens and Munster players in the second half of the English team’s 15-6 Heineken Champions Cup win at Allianz Park.

Munster’s head of medical, Jamie Kearns, was the target of George’s unhappiness, with Saracens assistant coach Alex Sanderson subsequently telling BT Sport that the Munster medic had made a derogatory comment about George’s weight. 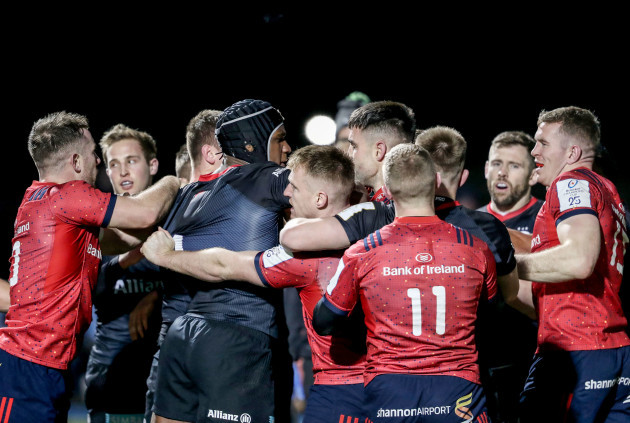 There was a large-scale scuffle in the second half.

This is the interesting add-on ever%sentence_ending

Rugby Halloween mask of Sloth from The Goonies deemed inaccurate