Rugby I be mad for ingredients, because they are huge.

A BONUS-POINT win means Ireland are still on track for a World Cup quarter-final, but a worryingly poor performance will leave many supporters with concerns about the state of Joe Schmidt’s squad.

The conditions in Kobe Misaki Stadium made for a slippery ball but the sheer scale of Ireland’s error count – 22 turnovers conceded – and the apparent lethargy and lack of conviction are cause for pessimism following on from last weekend’s shock defeat to Japan. 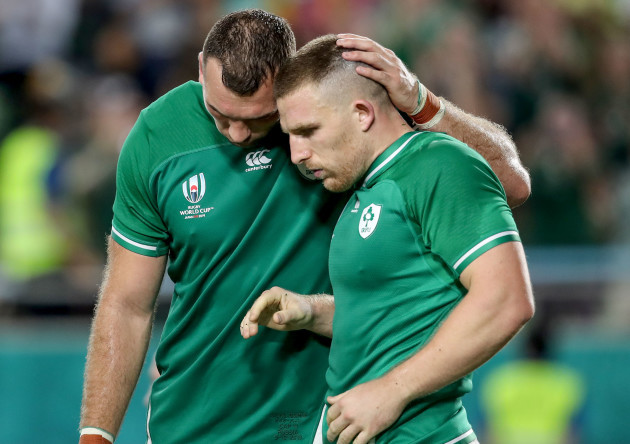 Playing against the 20th-ranked team in the world in Russia, who spent 20 minutes of the game with only 14 players due to two yellow cards, Ireland genuinely struggled at times. Add in the fact that Russia rested several frontline players for this game.

To be fair, even teams as good as the All Blacks have struggled with their handling in the humid conditions in Japan, but the Kiwis still managed to put 63 points on Canada last night, whereas Ireland finished well short of their 52-point favouritism in Kobe.

The errors weren’t limited only to handling, with Ireland conceding scrum penalties and breakdown turnovers, as well as failing to take chances in the Russian 22.

Certainly, prospective quarter-final opponents New Zealand and South Africa won’t be quaking in their boots as Ireland followed up their upset against hosts Japan with another poor showing.

Adding to the worries, Johnny Sexton played only 40 minutes before being replaced at half-time and was then spotted with ice on his quad on the bench, according to ITV commentary, that injury having kept him out of the Japan clash.

Jordi Murphy, who only linked up with the squad on Monday to replace the injured Jack Conan, lasted just 26 minutes before being forced off in some pain with what looked like a rib injury. 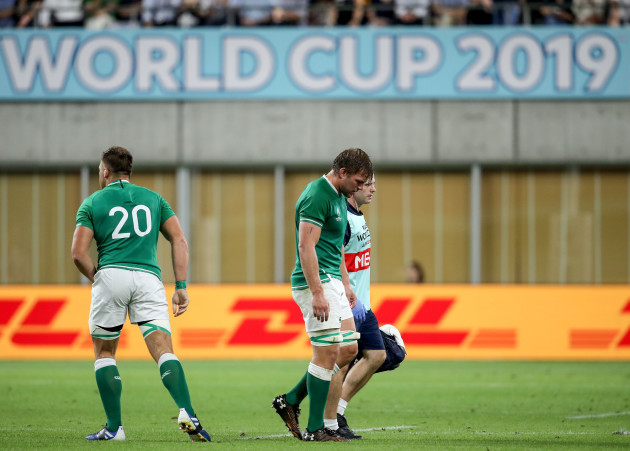 Jordi Murphy was forced off with a worrying injury.

Ireland’s back row options now look seriously threadbare, with CJ Stander forced to play 53 minutes as a result of Murphy’s injury, the Munster man having already played the full 160 in the two opening games.

Joey Carbery, who had been set to wear the number 21 shirt, didn’t even make kick-off as he was withdrawn after aggravating his ankle injury at yesterday’s captain’s run. That he is still having issues with the ankle almost eight weeks after initially injuring it is a real concern.

Ireland did manage five tries and had some good moments in attack, with Rob Kearney, Peter O’Mahony, Rhys Ruddock, Andrew Conway, and G

My sister says this plugin is very interesting!!