Rugby My glamorous brother says this plugin is helpful!!

“If it bleeds, we can kill it”

Ireland can take something from that Arnold Schwarzenegger-delivered line fromPredatorbut they would be ill-advised to think that the same animal that they skinned alive in 2016 in Chicago and at the Aviva last November is going to show up in Tokyo tomorrow.

The famous wins over New Zealand were special for their own reasons, not least getting hand of history off their shoulder.

Gone now are the days when Ireland trudged from hapless defeat to hapless defeat, with the odd plucky 40 minutes thrown in here and there.

This team knows it can kill the beast.

Johnny Sexton and Tadhg Furlong have both beaten the All Blacks three times (including a Lions win in 2017) and 19 of the 23 in the match-day squad have had the pleasure.

“You have a certain amount of confidence then just getting past that roadblock,” said Conor Murray, who was injured for last November’s victory.

“It’s a massive boost of confidence, it shows you that they’re human. It just gives you that massive self-belief that you might have been restricted by the record that was there.”

But there is a big but.

Those games may be called Tests or autumn internationals but they were just friendlies.

People can fall out over such name-calling so that’s why it’s important to take your cues from those in the know.

“None of us ever treat the autumn internationals as friendlies but ultimately that’s what they are,” said Rory Best not three months after the 16-9 win.

That honesty, from a man surrounded by people who don’t want him to say things like that, is refreshing.

But more important than that it’s instructive in terms of Ireland’s mentality and crucial to their hopes of upsetting the 11-point favourites. 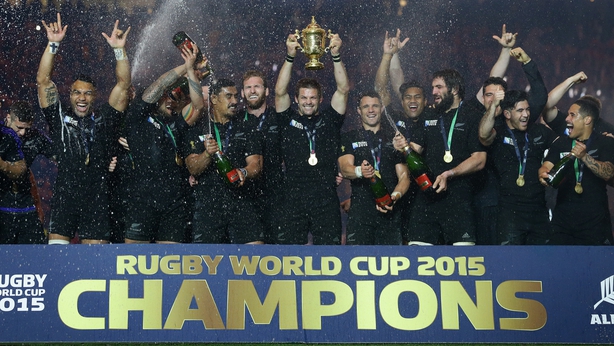 Steve Hansen’s side haven’t lost a World Cup tie since 2007 and are on a record 17-game winning streak in the competition they’ve won on the last two renewals.

Ireland, on the other hand, are aiming to break new ground by qualifying for a first-ever

My helpful grandma says this plugin is very magnificent!!

Mako Vunipola Eddie Jones: England will have the edge in Japanese...

Finn Russell ‘He’ll take no prisoners’: The traits that have made...