Rugby My sister says this plugin is elegant!

IRELAND HEAD INTO Saturday’s World Cup quarter-final against New Zealand as underdogs, but if their recent record against the All Blacks is anything to go by, it won’t be a quiet evening in Tokyo.

It’s been a case of crushing lows and historic highs over the years, and here, we look back at the five most recent encounters in a match-up that has grown into one of the most engrossing rivalries in the game. 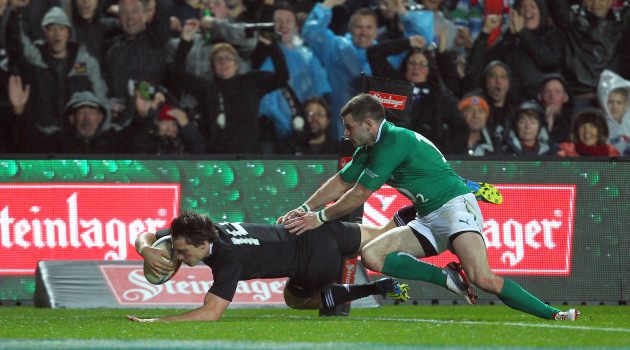 A horrible evening, and a crushing end to a three game series that had seen Ireland lose 42-10 and 22-19 in the previous two weeks.

New Zealand took just six minutes to pounce for the opening try, and had moved into a 26-0 lead withing 22 minutes as a shattered Ireland team struggled in difficult conditions. It only went from bad to worse, as New Zealand crossed for nine tries against Declan Kidney’s team. It is worth nothing that all of Ireland’s meetings with New Zealand since have come at the end of the All Blacks’ season.

”It is quite a simple game, if you’re losing the collisions you’re going to lose the game.”– Declan Kidney.

“There is always a danger when you get 20 points up that quickly that you might throw the ball around more than you should, but I was happy with the way we got the mix right.”– Richie McCaw. 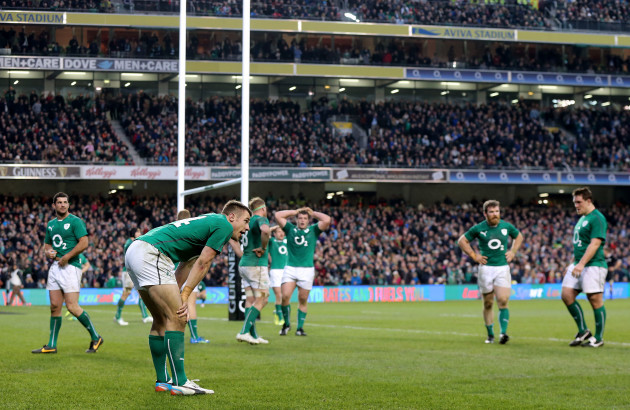 Joe Schmidt’s first game against New Zealand as Ireland head coach, and the home side came agonisingly close to recording a first ever win against the All Blacks.

A brilliant start saw Conor Murray, Rory Best and Rob Kearney all cross for tries in a whirlwind 17 minute spell. What followed was an exhibition from the All Blacks, who slowly clawed their way back into the game before an exhilarating end to the contest. Ryan Crotty got over in the corner in the last play, before Aaron Cruden convered at the second attempt.

So many excellent performances, with

These plug-ins are quite clever!

Rugby Ryan returns as Leinster gear up for Benetton