Owen Farrell This is another helpful add-on.

Eddie Jones has defended his decision to select Billy Vunipola for an 11th consecutive England match, with the head coach insisting he is better off playing as much rugby as possible despite the obvious concerns over his injury record.

Vunipola missed all of the 2017/18 international season bar one-and-a-half Tests on the summer tour to South Africa, having suffered extensively from knee injuries and three broken arms.

He has since returned to form and fitness and re-established his place as England’s first-choice No 8 – so much so that Jones has played him for 761 of 800 possible minutes this calendar year, choosing only to replace him in the Six Nations win over France and the World Cup warm-up victory over Italy.

With Vunipola one of five players retained from the side that beat Tonga for Thursday’s Rugby World Cup clash with the United States, Jones insisted that his decision to keep starting the him in the back row was a justified one.

“He loves playing rugby, he’s a rugby player,” Jones said. “The best way to keep him fit is to play him, and he’s an influential player in our team.

My brother says this plugin is very awesome!! 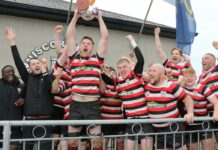 Owen Farrell I would have had to turn water into wine...