Owen Farrell My mom says this plugin is huge!!

Manu Tuilagi has been rested for England’s second match at the Rugby World Cup against the United States with Eddie Jones making 10 changes, though Billy Vunipola retains his place to start his 11th international Test in a row.

Jones has decided to heavily rotate his starting XV in light of the four-day turnaround between their opening two fixtures, with Joe Cokanasiga brought in to replace the power lost in Tuilagi’s absence.

However, there is no place in the entire matchday squad for Henry Slade, who misses out on selection after failing to recover from a knee injury he picked up in Sunday’s victory.

It’s understood that the call to leave Slade out of Thursday’s match was touch and go, with the centre avoiding a repeat of the knee injury that ruled him out of all four World Cup warm-ups even though it was to the same left knee.

Along with Cokanasiga, Ruaridh McConnochie is brought into the back three for his first World Cup appearance, with Elliot Daly remaining in at full-back.

An all-new centre pairing sees Piers Francis named at 12 along with Jonathan Joseph, who impressed off the bench in Sunday’s win as he set-up the bonus-point clinching try for Luke Cowan-Dickie. George Ford continues at fly-half and inherits the captaincy from Owen Farrell, who on his 28th birthday is named on the bench. Willi Heinz comes in at scrum-half to replace Ben Youngs.

The five other changes all come in the pack, with Cowan-Dickie and Dan Cole joining Joe Marler, who is retained at loosehead prop ahead of Ellis Genge. Joe Launchbury and G

These ingredients are quite nice. 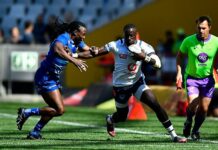 Can Sky do better? New battle over Cup TV rights