Finn Russell I be mad for items, because they are huge.

Most of the home nations made a respectable start to the Rugby World Cup, with Ireland, England and Wales all cruising to victory in their opening fixtures.

Ireland looked particularly impressive in their opening fixture and would now expect to go on and top Pool A.

England picked up a bonus point in a gritty if unglamorous win over Tonga, while Wales eased past Georgia.

It was a different story for Scotland, though, who succumbed to a humiliating defeat at the hands of their Irish rivals.

Here, we take a look at those who caught the eye among the home nations – as well as those who underwhelmed.

The Irish No 9 showed what he’s capable of against Scotland, reminding fans of his importance to this Irish side. Here, there and everywhere, he helped pull the strings alongside Jonny Sexton and terrorised the Scottish defence with his pinpoint precise box kicks. The zip in his passing was back, too.

If it was unclear just how important Manu Tuilagi is to England’s World Cup assault, then Sunday’s double-try salvo made it crystal clear. The centre, so often lauded as unplayable when he is at his very best, proved to be England’s game-changer against Tonga. “He’s is showing everyone what a great player he truly is,” said Maro Itoje after England’s win Sapporo. You suspect there’s more to come.

My awesome mom says this plugin is very unbelievable! 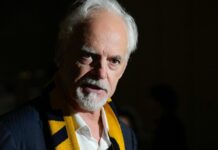