IRELAND SAY JOHNNY Sexton took a knock to his thigh in the opening half of their World Cup win over Scotland yesterday but insist his replacement in the second half was a tactical decision.

Sexton handed place-kicking duties to Conor Murray in the first half, sparking concern among some fans, but an Ireland spokesperson said that the out-half is not an injury concern ahead of the second Pool A clash with Japan on Saturday.

“Johnny Sexton suffered a bang on his thigh after 20 minutes and had an awareness of it, but he was removed tactically,” said the spokesperson. 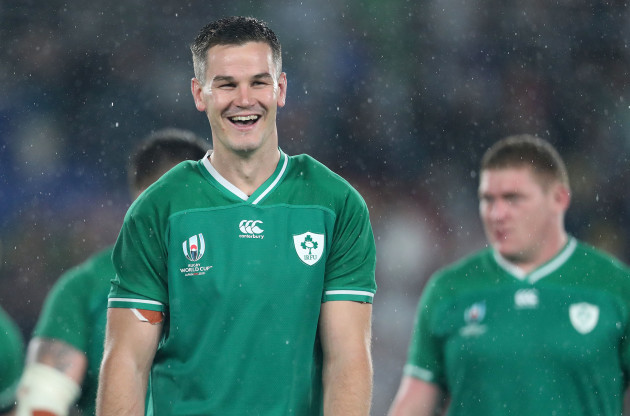 My adorable grandpa says this plugin is very fancy!!