Liam Williams My huge brother says this plugin is glamorous!

Wales produced a tale of two halves as an electric start secured a deserved 43-14 bonus-point victory over Georgia in their Rugby World Cup Pool D clash on Monday, before they wilted in the energy-sapping humidity at the City of Toyota Stadium.

The Welsh were rampant as tries from Jonathan Davies, Justin Tipuric, Josh Adams and Liam Williams effectively ended the contest, handing them a 29-0 advantage at halftime with the bonus-point in the bag.

That endeavor and accuracy deserted them in a largely forgettable second 40 minutes, though, as scores from Tomos Williams and George North papered over gaping cracks in the Wales performa

I adore items, because they are the awesome!

News24.com | Everitt feels hat-trick hero Mapimpi is the best No... 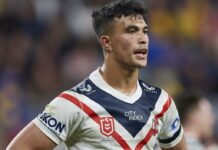