Rugby This is another magnificent module!

IRELAND AND SCOTLAND will be forgiven if they don’t quite match the spills and thrills of Super Saturday when they meet in Yokohama tomorrow [KO 8.45am Irish time, eir Sport/RTÉ].

There was much expected of the mouthwatering line-up on the second day of the World Cup in Japan and the three fixtures duly delivered buckets of excitement, some controversy, and plenty of scintillating rugby.

Tomorrow, it’s time for Joe Schmidt’s Ireland to join the party as they get their World Cup campaign underway against a Scotland team who are intent on upsetting the Pool A favourites. 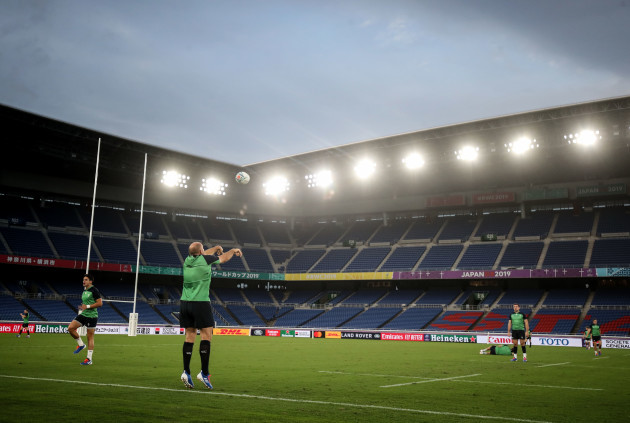 Ireland during their training session at International Stadium Yokohama.

With Schmidt sensing calm and some confidence in his players, captain Rory Best and co. seem well-placed to get things going with a victory.

Ireland’s pack appears to hold the key, with Schmidt’s forwards capable of bullying the Scots if they can deliver on their potential.

The combination of Peter O’Mahony, Josh van der Flier, and CJ Stander looked like Ireland’s most likely starting back row from a long way out, despite the form of Jack Conan and some other interest options for Schmidt.

With O’Mahony’s lineout skills, Stander’s carrying and van der Flier’s mobility, they appear to complement each other well for this contest. Schmidt would, of course, like to have fully-fit Dan Leavy and Sean O’Brien among his options, but there is real quality in this Ireland back row.

“It’s unfortunate for the likes of Seanie and Dan to be missing out through injury and you want to do it for them, all the hard work they’ve put into this team over the last few years and it must be really tough for them to miss out on a World Cup,” said van der Flier.

The Scots, meanwhile, have gone for a trio of John Barclay, Ryan Wilson, and openside Hamish Watson, who often tends to be like a pinball as he bounces off would-be tacklers.

“They’ve got a back row that can compete on the ground and in the air,” said Ireland forwards coach Simon Easterby, underlining how the Scots are sure to come after his men at lineout time.

In that regard, Iain Henderson’s likely leadership of the Ireland lineout, where he will lean on the jumping skills of James Ryan and O’Mahony, is set to be crucial. 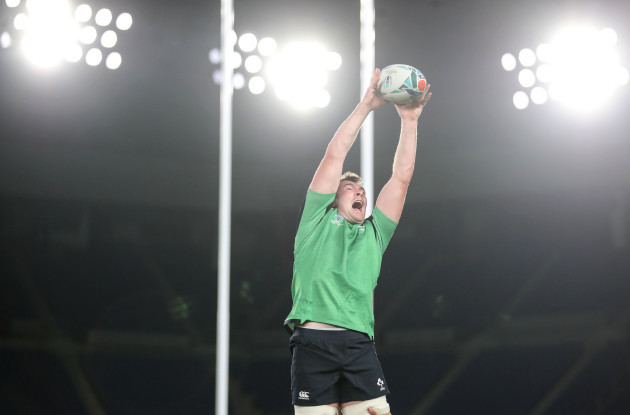 Peter O’Mahony is part of a strong-looking Irish pack.

Ireland have scored 47% of their tries in the last two seasons from lineout platforms, underlining how important a source it is for Schmidt’s side. Scotland will have watched England take the Irish lineout apart during the warm-up games, so pressure will be on Henderson and co. to nail the first few on Rory Best’s throw.

“Iain and James work well together,” said Easterby. “They’re quick on their feet, quick into the air, and I believe with the combination of the guys lifting as well we have s

This is the unbelievable add-on ever%sentence_ending

The new life of Rob Sidoli, the Wales rugby favourite who...