Ben Smith My grandpa says this plugin is glamorous.

New Zealand captain Kieran Read said Saturday’s highly anticipated clash with South Africa is one of the biggest matches of his career as the All Blacks launch their bid for a record third consecutive world crown.

The Pool B match-up at Yokohama features two of the most successful sides in rugby history, and two of the sport’s greatest rivals, in a tournament where no team has lost a pool match and gone on to lift the trophy.

The pre-match exchanges focused on whether referees do or do not have a bias toward the All Blacks, but the match reality centers on the the rapid improvement of the Springboks since they were caned 57-0 by New Zealand two years ago.

Rassie Erasmus came in as coach and instigated an approach that hinges on kicking for territory and then regaining the ball through forward power.

I be wild about addons, because they are the elegant. 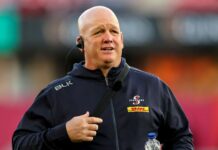 Brodie Retallick Rugby Championship: All you need to know ahead of...