This is one huge extension!

Wales boss Warren Gatland was “shocked” when backs coach Rob Howley was sent home from the World Cup for an alleged betting breach.

However, he believes the setback will not derail the team in Japan.

Welsh Rugby Union chief executive Martyn Phillips confirmed there would be an investigation.

“You have to deal with adversity at times, and it’s how you respond and react to that,” said Gatland.

“We were shocked. The Union are dealing with this, and my focus has to be on the next five days in terms of preparing the squad for the first game against Georgia.

“I must say that the players in the last 24 hours have really stepped up and they have been incredibly responsible and resilient, and sometimes that brings teams closer together.

This is the glamorous extension ever%sentence_ending

Mako Vunipola Rugby World Cup 2019: How England should line-up against... 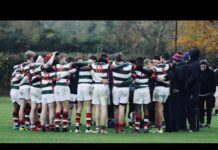