reprimand to a petulant player, the phrase has become a personal calling card of sorts for Owens, a tidy encapsulation of the stern-but-funny style that has made him rugby’s most respected, and most recognizable, referee.

The line and countless others have been preserved in numerous greatest hits-type clips that together have tallied millions of views on YouTube — and now get repeated to Owens on the street.

“That’s probably what I’m best known for,” Owens said, shaking his head and laughing in an interview last month here, where he was officiating a World Cup warm-up match. “It’s unbelievable.”

Owens, in this way, is an exceedingly rare figure in world sports: a celebrity referee, one who at any given match could have more renown than some of the players on the same field; who has his most memorable lines printed on T-shirts and coffee mugs; who has more than 350,000 followers on Twitter and gets recognized by strangers in archipelagic nations 10,000 miles from the rural village in Wales where he grew up.

The fame has emerged from disparate wells for Owens, 48, each one having a multiplying effect on his profile.

He is a fixture on Welsh television, hosting not just rugby programs, but also a variety show, a hidden camera prank show and several others in recent years.

He writes a weekly column for the Western Mail, often veering well outside the subject of sports. (A sample headline: “The Nigel Owens column: “Some vegans go too far with their extreme view.”)

He is an advocate and symbol for gay rights, having come out publicly in his early 30s, when no other person in the top levels of rugby had done so.

Now, with retirement in view, Owens will get one last appearance on the game’s biggest stage when he referees this year’s Rugby World Cup, his fourth, starting Friday in Japan. Organizers already have announced that Owens will officiate the opening match.

There has long been a sentiment among some in sports that referees should stay anonymous and mostly out of mind. Others say that sentiment is outdated, with a confluence of factors elevating the profile of referees: a microscopic approach, aided by video technology, to assessing officiating decisions; the insatiable appetites of fans for more information, fed by a surplus of voices online; and that international rugby referees have worn microphones during matches for more than a decade.

In these circumstances, Owens has excelled, making him in some ways the quintessential 21st-century referee.

Stuart Barnes, 56, a former rugby player who works as an analyst for Sky Sports, used the concept of “flow” as a sort of catchall metri

I be wild about items, because they are the magnificent!! 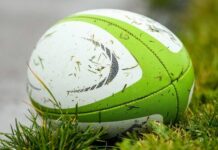