Ben Smith This is another clever module.

By Matt Winkeljohn | The Good Word

As Georgia Tech’s golf team leaves Atlanta, the No. 3 Yellow Jackets have reasons to feel very good about their chances in a loaded field at the Olympia Fields/Fighting Illini Invitational even though Tech hasn’t played the event since 2006.

Several players among seniors Luke Schniederjans, Tyler Strafaci, Andy Ogletree, junior Noah Norton and redshirt sophomore Ben Smith have played the Olympia Fields Country Club before, and the Jackets ran away with their first event of the season in winning the Carpet Capital Collegiate by a record 20 strokes on a difficult golf course even though the roster was partially gutted.

Ogletree, the reigning U.S. Amateur champion, missed the event while playing simultaneously for the winning U.S. side in the Walker Cup in England, and Norton missed the second and third rounds at The Farm because of back spasms.

That left Tech to rely on two players making their college debuts as scoring golfers in freshman Andy Mao and Smith.

Schniederjans won the tournament going away, firing a 9-under par 207, which was five strokes clear of Strafaci in second place at four-under 212.

Still, Tech rolled. Sub Ogletree back into the lineup, and yeah, the Jackets feel good.

“I think it’s a good confidence boost to know that without two of our top players we can win a top college event by 20,” said Schniederjans, who also won the Carpet Capital in 2016 as a freshman, competing as an individual. “That’s pretty cool.” 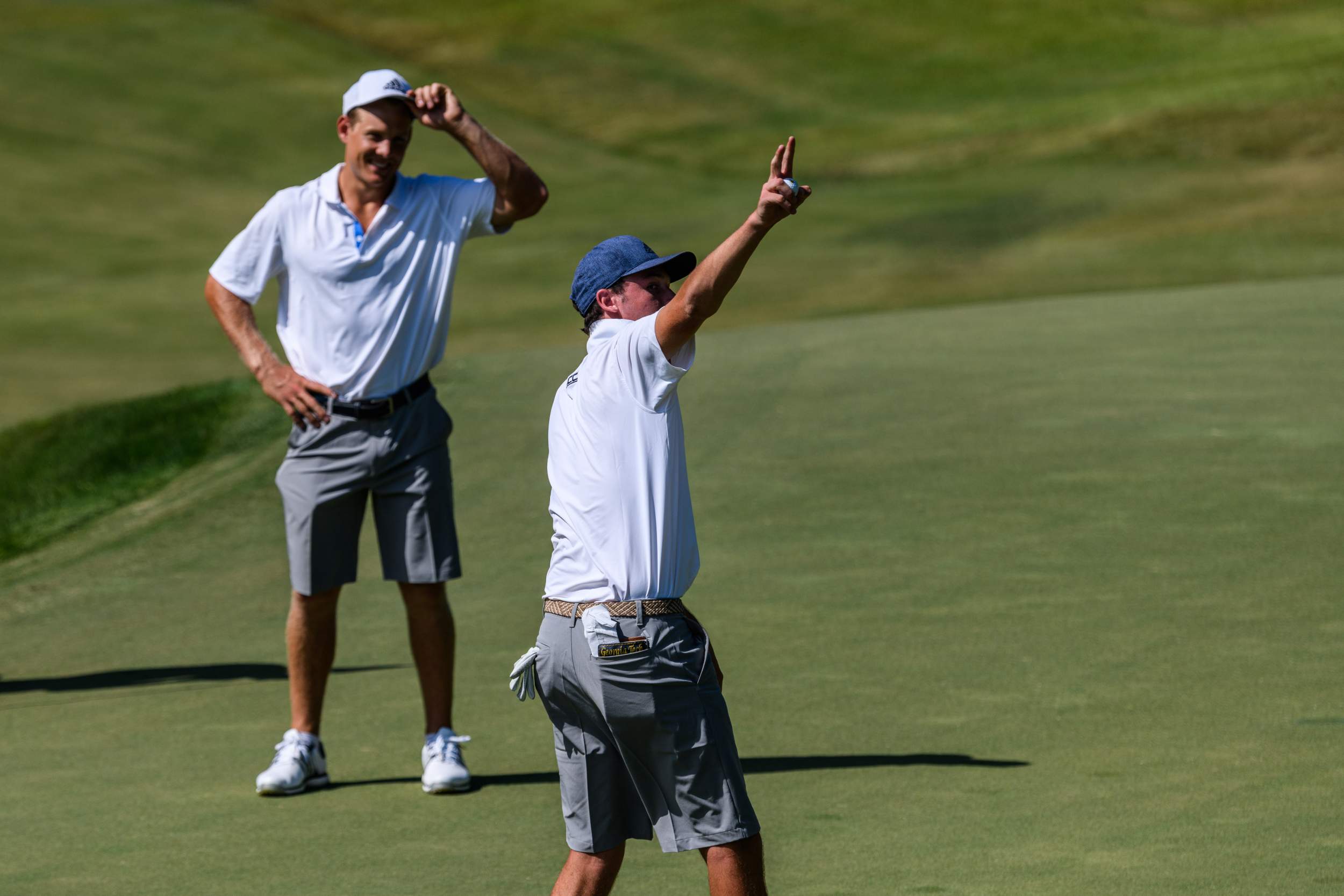 Luke Schniederjans waves to the gallery after he drops his final putt to win medalist honors and finish off the Jackets’ victory.

My grandpa says this plugin is very awesome!!

Finn Russell Rugby: Scots redeem themselves with victory over France