My nice dad says this plugin is unbelievable!

Bundee Aki has vowed to keep on doing Ireland proud, despite admitting “some people won’t be happy with me pulling on an Irish jersey”.

New Zealand-born with Samoan heritage, Aki left his native Auckland to seek a better life for his family in 2014 – settling in Galway and thriving with Connacht.

Aki duly qualified for Ireland on residency, making his Test debut in 2017 and going on to provide a formidable midfield presence in head coach Joe Schmidt’s squad.

Former Ireland stars Neil Francis and Luke Fitzgerald have repeatedly hit out at the nation’s “project” players, while New Zealand assistant coach Ian Foster said directly of Kiwi-born Aki in November: “They’ve turned him into an Irishman – he looks like an Irishman now, doesn’t he?”

The 29-year-old has received widespread plaudits for his whole-hearted commitment to the Galway community as much as Connacht’s ranks, and has now spoken out about his detractors.

Asked how he feels when he hears criticism of his decision to chase a Test career with Ireland, Aki said: “Ah look, people have their own opinions, which is fair.

“Some people won’t be happy with me pulling on an Irish jersey but I obviously felt like playing for this country, putting in the hard work, anything can happen.

“They’re more than able to have their own opinion. That’s how they think and how they approach it. I highly respect them for that and I’ve got nothing towards them.

My awesome grandpa says this plugin is very huge! 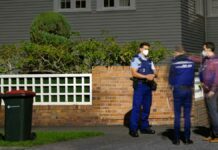