Mako Vunipola These extensions are beautiful.

Eddie Jones believes England have an edge over their World Cup rivals because of the steps taken to ensure they are ready to play in the sweltering heat and humidity of Japan.

Two training camps in Treviso, north east Italy, in July and August followed by eight nights in Miyazaki have subjected the squad to the boiling conditions which they will encounter over the coming weeks.

Temperatures regularly top 30 degrees while the humidity level climbs above 60 per cent every day, but rather than be intimidated by the oppressive climate Jones sees it as a feature of the first Asian World Cup that can be exploited.

“We’re looking forward to playing in the humidity,” Jones said at England’s official arrival press conference on the island of Kyushu.

“We’ve prepared for it and it’s obviously a big part of rugby in Japan in September and October. We feel like playing in the humidity will give us an advantage.”

As coach of Japan four years ago, Jones took the Brave Blossoms to the same location for an extended 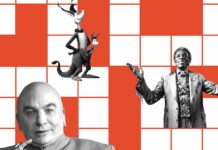